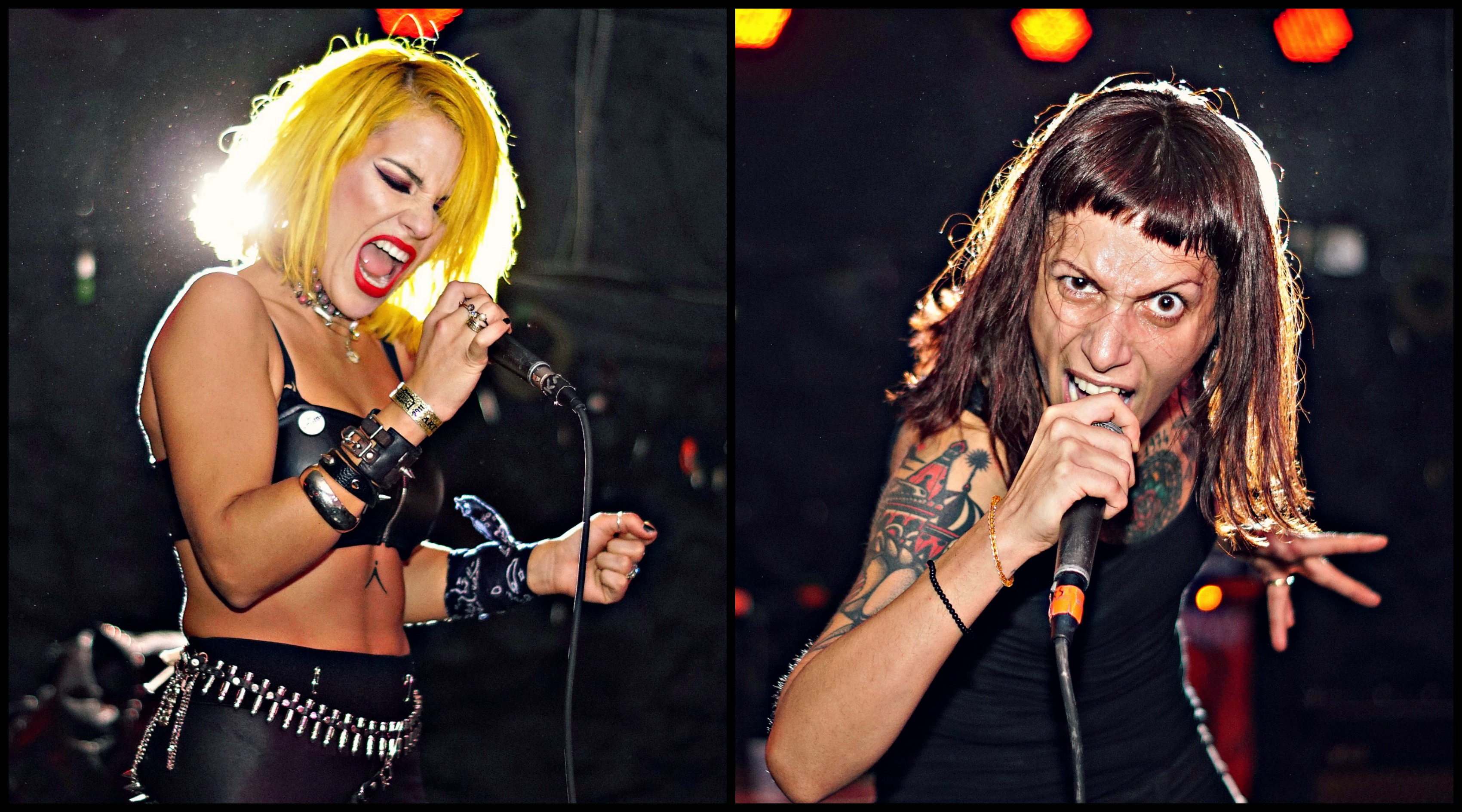 Seeing Barb Wire Dolls at the Bottleneck was probably the most rock and roll thing you could’ve done Friday night. We want to make damn sure you’re aware that every guitarist onstage in that four-band lineup just destroyed. The gals in Barb Wire Dolls alone shred so hard, it left the audience’s jaws on the floor. It’s no wonder they were signed to Motörhead’s label by Lemmy Kilmister himself after witnessing their rough-around-the-edges style. The screaming and wailing from their singer was enough to assure us that this is a one-of-a-kind act that you should never, ever miss, should they come near you.

The band hails from Greece, so the fact that they landed at the Bottleneck on Friday night added to the uniqueness of it all. They brought along other international bands, including South Korea’s 57 and Svetlanas, who absolutely stole the show with their aggressive and absurd-as-hell brand of punk. Vocalist Olga sported such a menacing mug, she made Rollins look like a weenie. When she stared you dead in the eye and shrieked “EVERYBODY KNOWS SVETLANAS LIKE TO LOSE CONTROL!” we did not doubt her for one second.

Kansas City’s Wick and the Tricks opened up the evening, touting along a host of new music from their recently released EP from Black Site Records. Photo gallery after the videos below:

Album Review: Wick and The Tricks - “Not Enough”