QOTSA might’ve gotten me pregnant, and I’m keepin the baby

QOTSA might’ve gotten me pregnant, and I’m keepin the baby 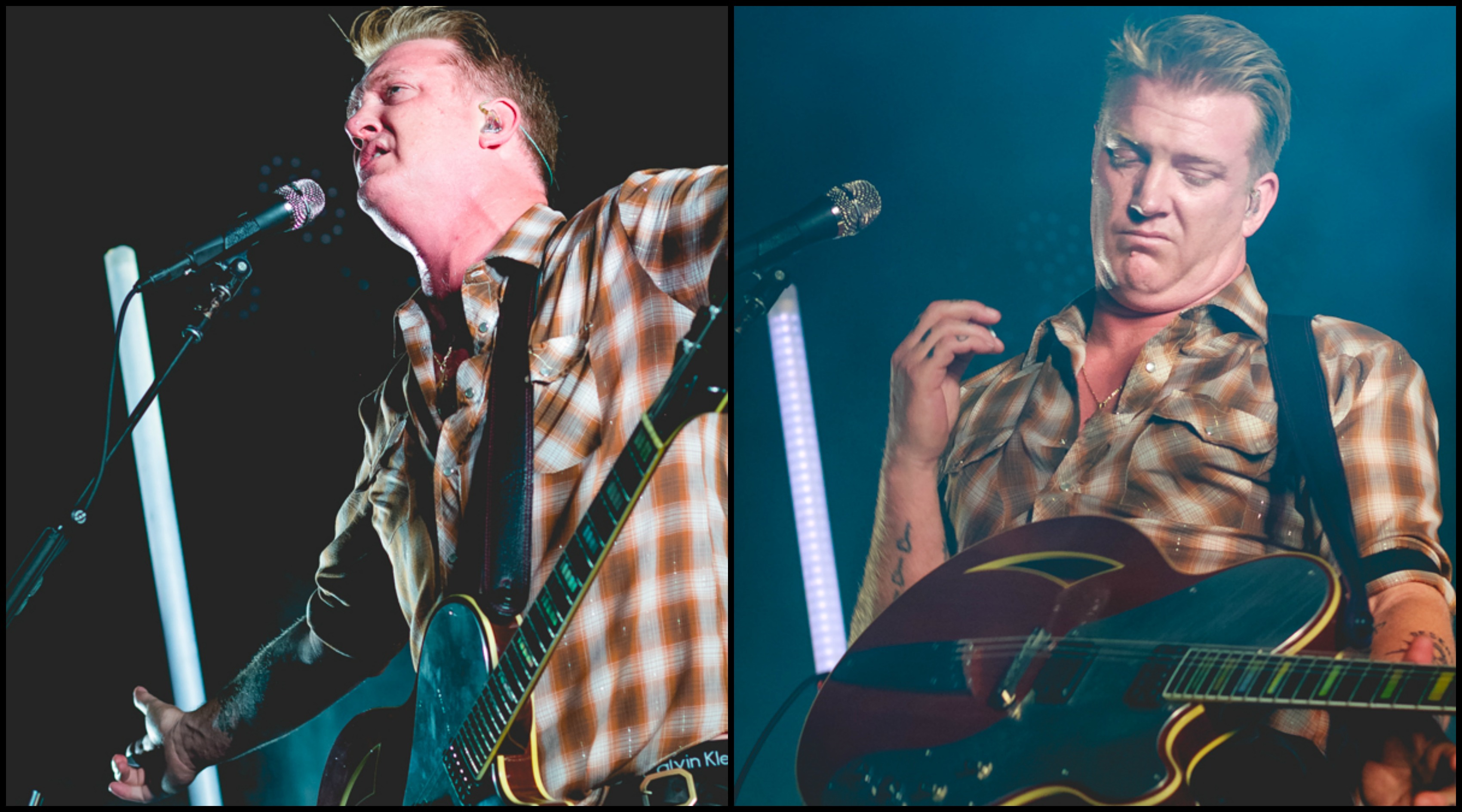 Seeing Queens of The Stone Age is like being asked to the prom by the coolest guy in school. It’s like the first time you were ever told that “doing it” was totally in the cards. It’s like when your older brother brought you out with his friends and they treated you like you were cool (you totally weren’t.) That first beer. That first feel. That first punch in righteous anger. That first time sneaking out to see the chick your parents forbade you to see.

And Josh Homme is that chick. He’s your cooler older brother and all of his cool friends. He’s the smoke you take and the beer you drink. He’s the shy girl who’s the first to ever make you feel wanted. He’s that look. That feel. The fist at the end of your arm smiling sinisterly as it flies through its righteous arch.

He wants you to be happy because he’s happy for you (it’s true, he told us so.)

And that’s why QOTSA is so good. It’s why Royal Blood was such a good (read FAN-FUCKIN’-TASTIC) fit as an opener, and why crossroads in Kansas City was so packed Friday night. And it’s exactly why adult men freak out when he lights a cigarette in the middle of a guitar solo. Josh Homme is the coolest guy on the planet and QOTSA is the big, black motorcycle he rides in on to claim your virginity.

I’m here to tell you, Kansas City didn’t need to be asked twice.