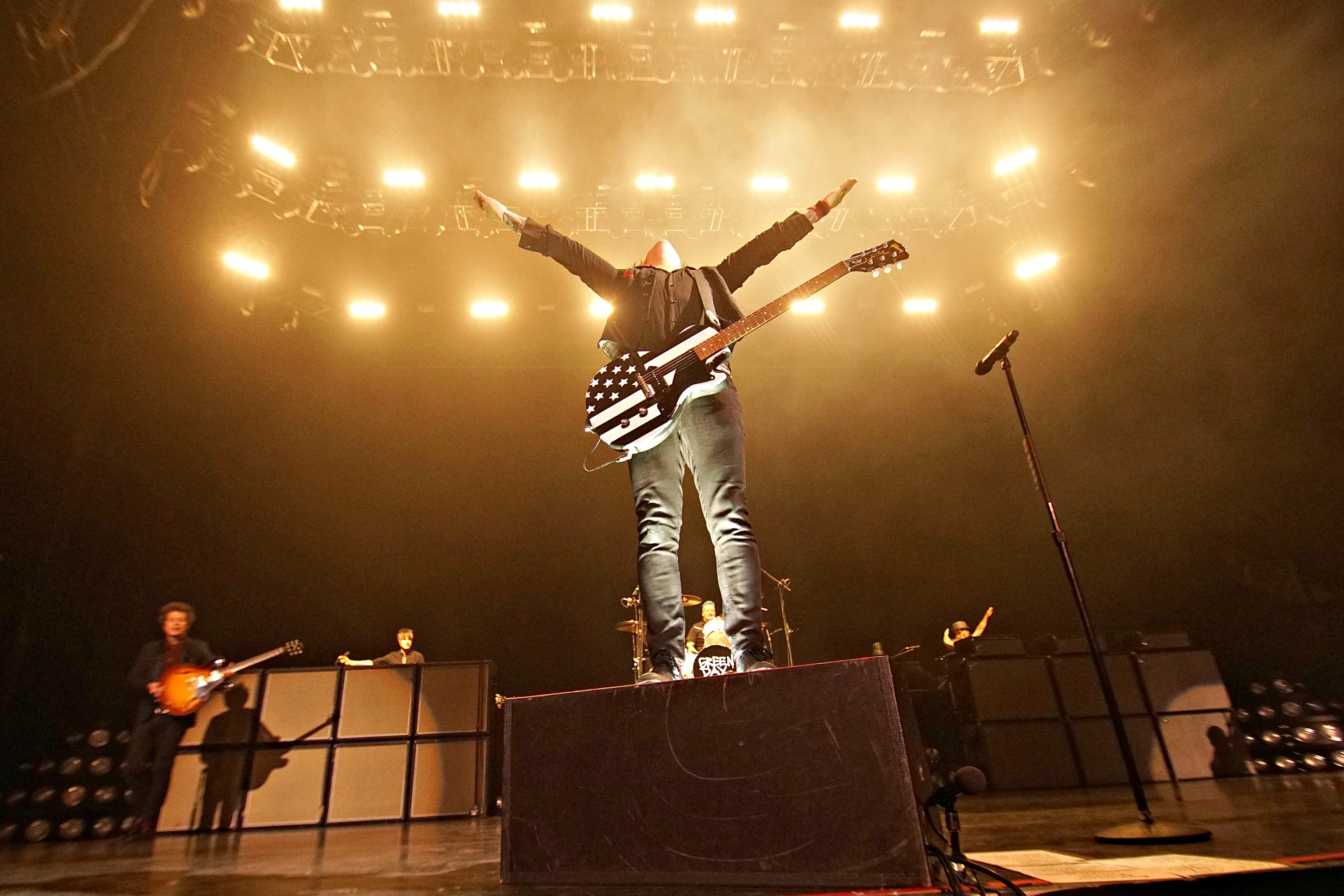 Let’s make one thing clear. Green Day is for 15 year-olds. They’ve always been for 15 year-olds. When I was 15, they were for me. When you, dear reader, were 15, they were for you. This is a band that has always played a grand role and served a fantastic purpose for younger teens. They’re a gateway drug for the punk rock lifestyle. For many punks out in the world, Green Day was their introduction.

This is probably why the punk family love was strong on Friday night when Green Day rolled through the Sprint Center in Kansas City. The band is notorious for plucking young teens out of the audience for a number of reasons. They’ll sing the lyrics on the mic, play guitar, and do just about anything frontman Billie Joe Armstrong asks them to do before taking a cathartic stage dive into the crowd. Because we all see so much of ourselves in these kids, we cheer them on heartily— as though we’ve moshed with them at shows for years. Even at a big arena like the Sprint Center, audience participation (and encouragement) is key at Green Day shows.

The kids weren’t the only ones left satisfied, though. Songs from Dookie and an Operation Ivy cover catered to us old fogies as well. Just after Dookie’s release in 1994, they started making television appearances as musical guests on late night talk shows and SNL. When they were on David Letterman, you could see Armstrong’s guitar stitched up with tape and plastered with stickers. It looked like any guitar you might see on a young punk band at the Replay. Halfway through Friday night’s show, Armstrong busted out an older, sticker-clad guitar— giving it a sentimental hug for all to see— before diving into songs off of Dookie and Kerplunk. It was a fantastic throwback that holds weight in today’s punk landscape, even saddled between their newer releases, such as Revolution Radio’s title track and “Youngblood.”

With a career spanning as many decades as Green Day’s, the band didn’t skimp on the songs, clocking in at 22 tunes before coming out for two encores. But even with a lengthier-than-usual show, there was never a dull moment. Armstrong— one of the most energetic frontmen in the biz— hosed the audience down with water, shot t-shirts into the nosebleed section, and when somebody threw him a Pride flag, he wrapped it around his face and played a guitar solo. There were also enormous flames shooting out from everywhere, and pyrotechnics out the wazoo (SO. MANY. FUCKING. EXPLOSIONS). The flames were so thick, you could feel the heat blast you in the face and wonder if your eyebrows were about to burn off.

Despite their rebellious roots, the band was full of encouraging words for the kids. They touted positivity when bantering between songs, dedicated numbers to “everyone who’s ever felt like a freak, a weirdo, or a stranger.” They’d tell everyone “You know you’re not alone, right?” With sentiments like these, Green Day isn’t just inducting the youngins into the punk rock scene, they’re inviting them into the family.

Watch: JC and the Nuns at the Replay

Photo Gallery: The New Pornographers / Ought