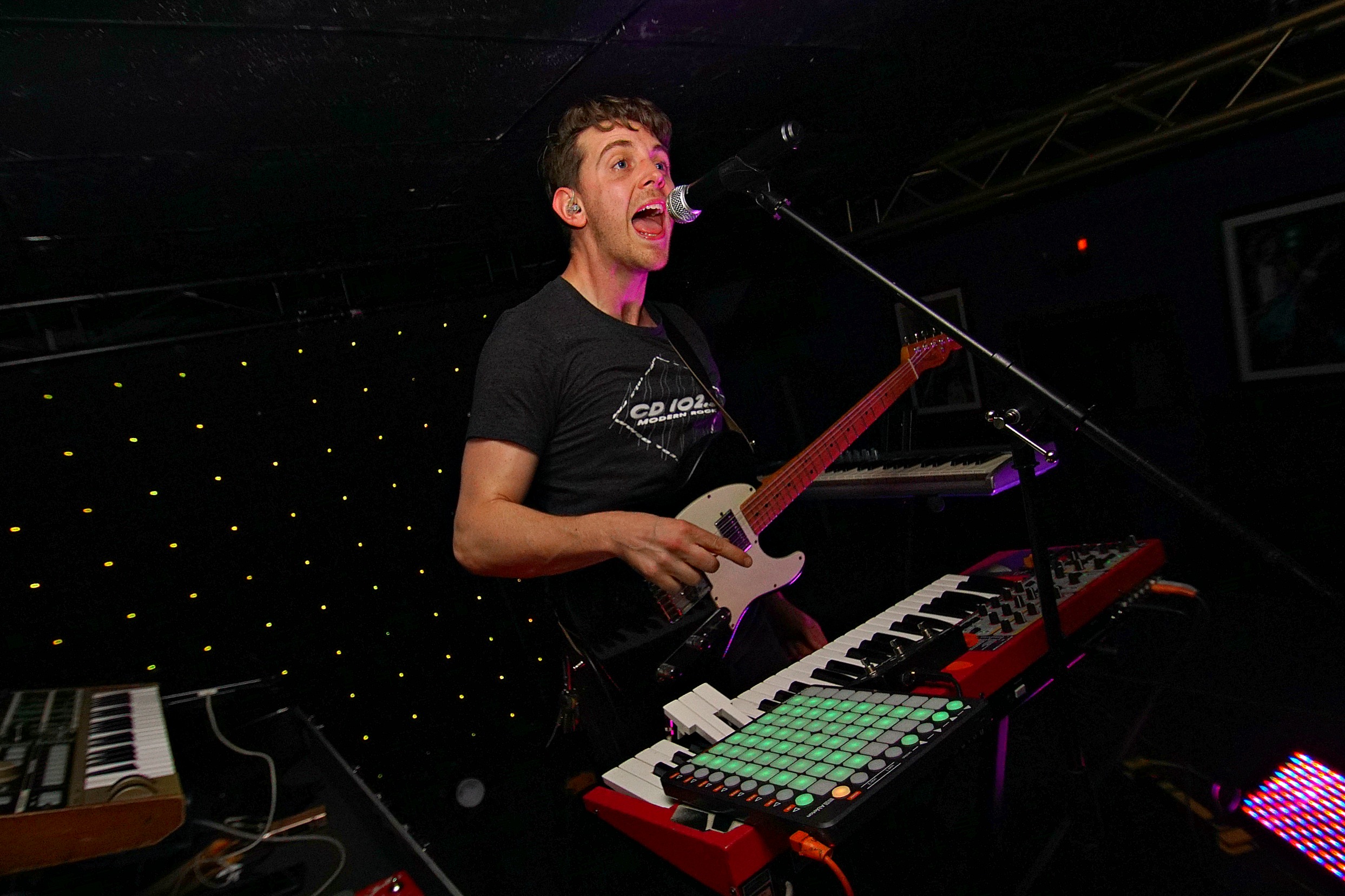 Digisaurus is a pretty impressive act. James Allison is a one-man band who runs the whole show, and that includes his vivid light display. Everything that came out of him at the Jackpot on Wednesday night was a highly danceable and incredibly funky experience. He spent his time effortlessly (and very quickly) switching his hands between little gadgets, keyboards, his guitar, and countless little buttons. Had the right crowd (or any crowd) been there, this would have resulted in an impressive dance party because Digisaurus has the unique ability to make you move.

He was joined by the always spritely rapper Approach and newish singer-songwriter on the scene, Pher Langwell (Christopher Langwell of Flash Floods).