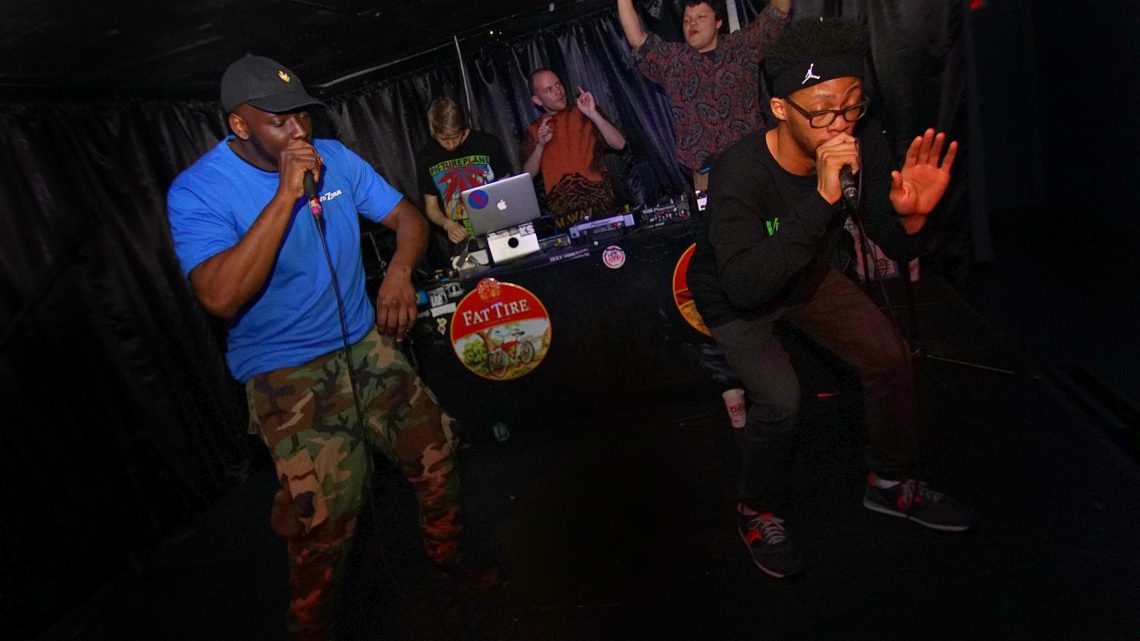 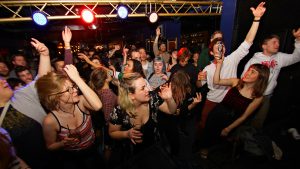 Anyone analyzing the highly-sought-after music scene in Lawrence would be absolutely foolish to glaze over the Vivid Zebra crew. Under alccalh‘s masterful production, the team of crowd pleasers are perhaps the most precious commodity trend seekers can claim right now. This is where you go when you want to hear hip hop, R&B, and a hoard of squealing fans. When they played the Jackpot on Friday night (along with the very talented and smooth Bonzo Madrid, instant mood-pleasers Maybe Not, and dance party conjurer Tom Richman), fans took notice and brought their A game to the dance floor. But perhaps what’s most relevant is the crew’s ability to stay on top of trends in a time that dangerously caters to nostalgia (blech) and stagnant sounds. 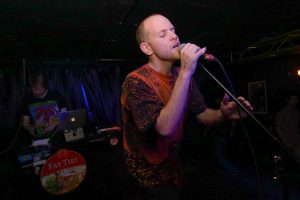 Vivid Zebra is such a well-oiled machine. They put on the kind of show that scoffs at set lists, because they’ve got it all on lock. One after another, the performers in their crew seamlessly took the stage, tag-teaming each other with a solidarity and trust that’s rare in today’s music crews. They started off their set with new member Tori Searles, who performs under the name “Sunflower.” She debuted a couple of tracks with pitch perfect vocals and a special guest appearance from Ricky Roosevelt.

Raymond, who sports the smoothest and suavest vocals in the scene right now, followed with all sorts of sexual tension. We’ll just spell it out for you: Raymond’s voice is all sex. Don’t be surprised if, when Raymond is on the stereo, babies are being made. This is the voice of sensuality and bad habits– and when he fires up his set, inhibitions go out the window. 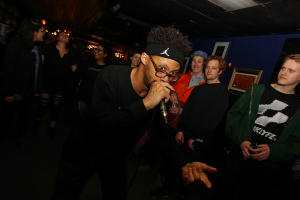 With feet that almost never touch the ground, he leaps and flies to every corner of the stage before diving into the fans below. When he’s in the crowd, the fans huddle and gyrate around him, hanging on his every word. They’ll sing all his lyrics back to him while he playfully hops about, always putting himself right in their line of vision. When Ricky’s on the mic, fans always respond– and we were thrilled to see them throwing down with him on the dance floor (don’t worry, he played it flawlessly cool like he usually does). 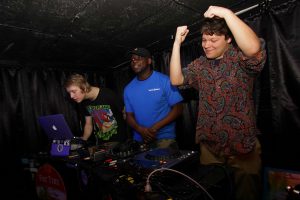 The Vivid Zebra crew ended their set with an appearance from Antoine and Maybe Not’s Alex Chanay, who stormed the stage and worked the crowd into a craze as dance hysteria took over. While there were a lot of things that were thrilling about this night’s Vivid Zebra performance, perhaps the most exciting aspect was that everyone came loaded with new and unreleased songs, signaling that the crew has big plans for their time in Lawrence.