Photo Gallery: Peelander-Z at the Bottleneck

Photo Gallery: Peelander-Z at the Bottleneck 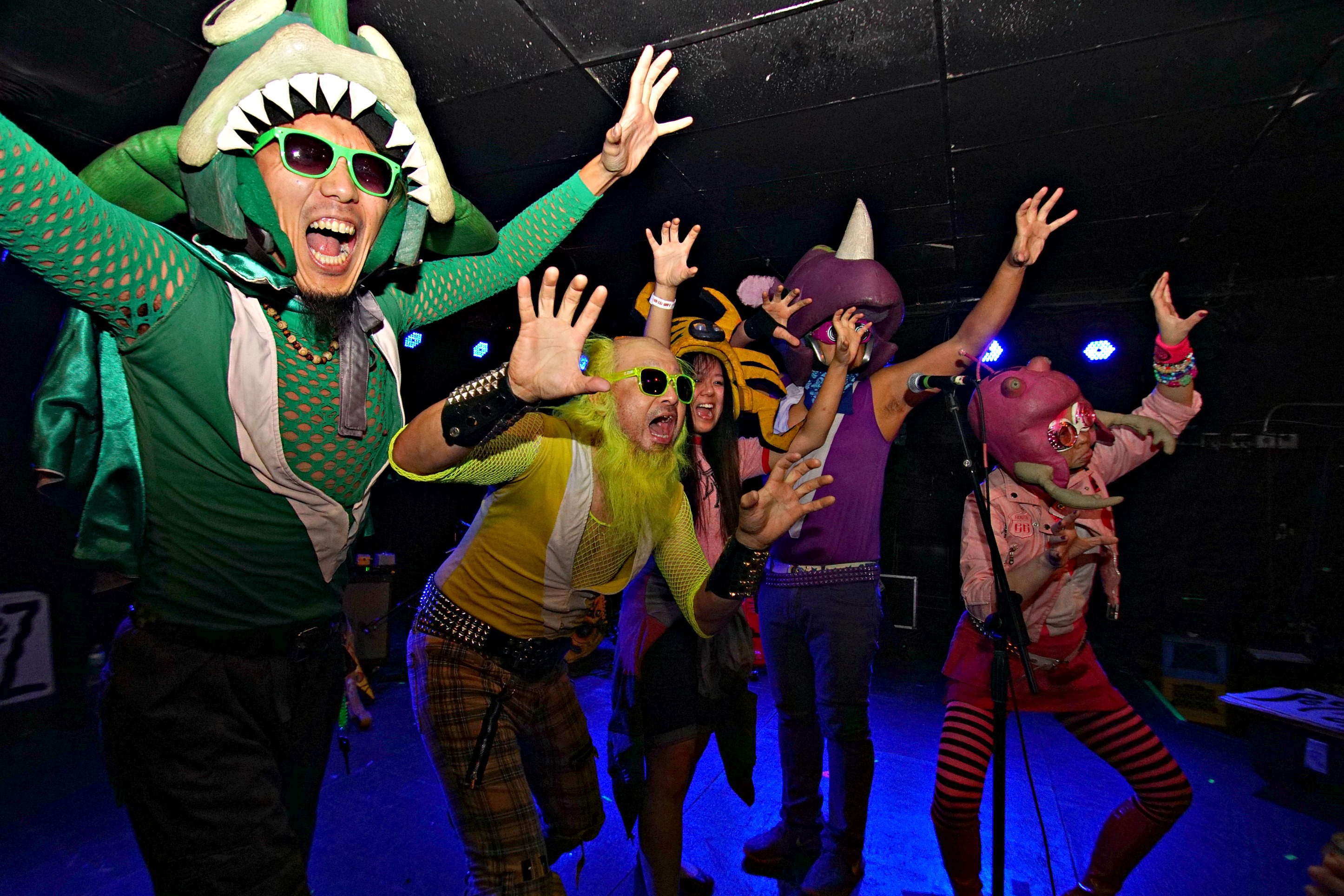 A Peelander-Z show is a little like “Fight Club.” If this is your first night, you have to participate.

Not very many bands (if any) go the lengths Peelander-Z goes to make the audience part of the act. With each member of the Japanese punk outfit sporting a vibrant color palette (and vibrant personality to match), they all have roles to reel you in. Peelander Pink hands out percussion instruments, Peelander Green stage dives, and Peelander Purple plays the part of the ultimate hype man. But Peelander Yellow carries the brunt of the work.

The band’s ringleader makes it clear: Peelander-Z loves their fans. He may stick a mic in your face, throw his guitar at you, throw his BODY at you, and eventually give every person an instrument at some point. Every word that comes out of his mouth (most instructions on how to physically take part in the next song) throughout the night is yelled or screamed.

Everybody has a role, and the band is very good at getting every person there to happily oblige. A Peelander-Z set isn’t a show where you can be a fly on the wall. This is a team sport.

They were joined by Sharks in the Deep End, a synth-heavy band out of Austin that brought their own vivid light show along. The band moved easily between danceable numbers and sweet ballads, putting modern indie twists on vintage and new wave sounds.

Local boys The People’s Punk Band opened up the show with a nonstop barrage of songs (we’re not sure they every really stop to catch their breaths), fueled by a strong hatred of politics. This was evident with Trump rants at the beginning of the set.