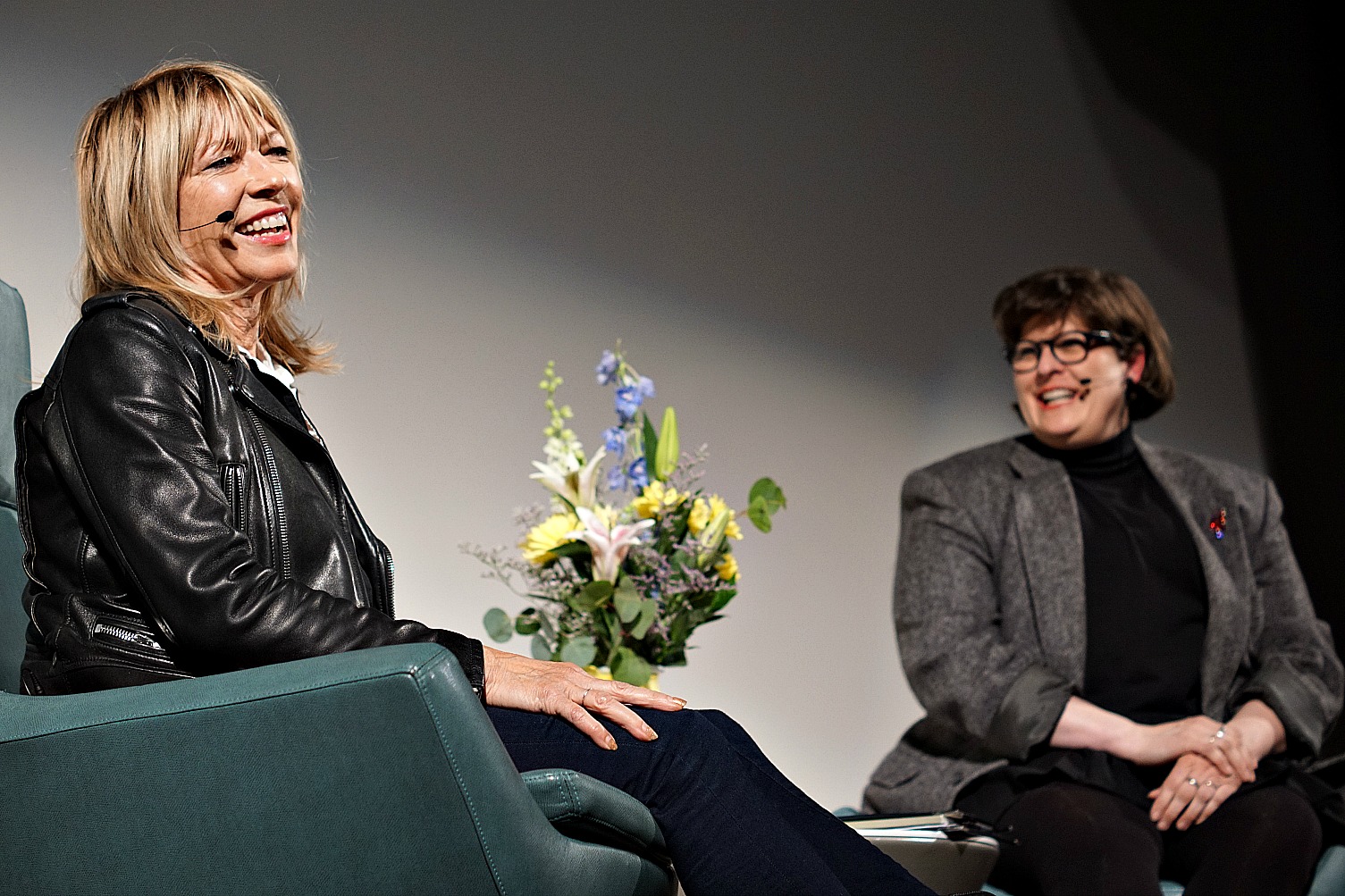 Liberty Hall was home to scenesters from across Lawrence sporting an abundance of joy Tuesday night, thanks to an appearance from a music legend. Kim Gordon was flown in as part of the Lawrence Public Library’s 780 series, an event that brings influential musicians in to talk about the business (last year they hosted Booker T. Jones).

Kansas Public Radio’s Laura Lorson moderated the event, bringing up an array of subjects ranging from Gordon’s upbringing to working in the art and music scenes. They discussed Gordon’s approach to those first albums with Sonic Youth. “Its was kind of a sense of joy to make something no one had ever heard of,” she told the audience. “We actually thought we were making pop songs.” Gordon also referred to those first recordings as “a hot mess.” “We’d run down to the local bodega and record the freezer because we thought it was cool,” she confided. “We didn’t know what we were doing, but often times those records are the best.”

The Sonic Youth guitarist recalled early European tours and the clever methods they’d use to transition between songs— a trick that eventually made its way onto later recordings. “We had all these guitars in different tunings and had no guitar roadies, so we worked up segues between songs, and everything became congealed together,” she said. “So when we made Bad Moon Rising, we decided to make the record like that.”

Gordon couldn’t get away with a Lawrence visit without bringing up William S. Burroughs— the Beat Generation novelist who eventually lived his final years in Lawrence. She recalled a moment when she visited Burroughs and had her infant daughter Coco in tow. When Coco began crying, Gordon worried it would irritate Burroughs. She said he instead responded with “Awww, she likes me.” Gordon recalled Burroughs’ “humble house,” and referred to it as an “ordinary house with this extraordinary man.”

Currently, Gordon is focusing on visual art where she integrates performance with instruments. After the session, she took to a bookstand at the back of the theatre to sign copies of her memoir (available for sale on site thanks to local bookstore The Raven) for fans and several local musicians. In true library fashion, the event was free and open to the public.