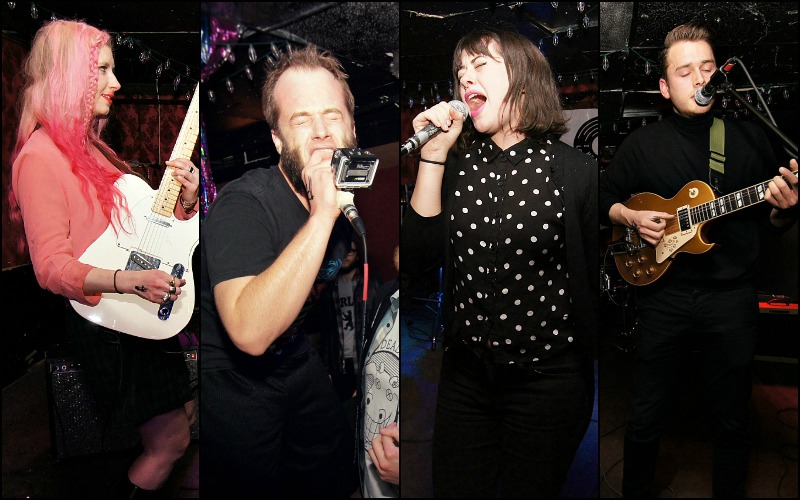 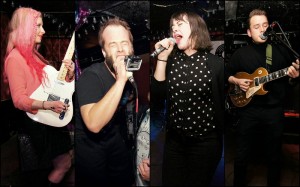 If you weren’t coughing up confetti and glittery by the end of the night, you weren’t doing it right.

“SXSW Bound” saw its most colorful year yet, with bands rocking the night away on a rainbow streamer-clad stage. Punk rockers Wendy Moira had one of the biggest showings of crowd support of the night. Despite their novice presence as a band, their sound was mature and fantastically executed. One fan recalled Bikini Kill upon hearing the frontwoman’s demands and screeching into the mic. Real Adults are solidifying themselves as the band that can do it all. They can croon, they can rock, and they can swoon over their fellow musicians. But even with their very serious sound (one making an impact between Lawrence and Kansas City), the band is charming, comical, and likes to keep it light.

Ohio’s Leggy likes to refer to Lawrence as their second home, a truth exemplified by the crowd that showed up in adoration. Stiff Middle Fingers kept it delightfully obnoxious when the singer showed up donning a shirt decorated with dicks, then announced “I think it would be exceedingly important to have two songs about love in our set” before diving into “Lipstick” by Buzzcocks.