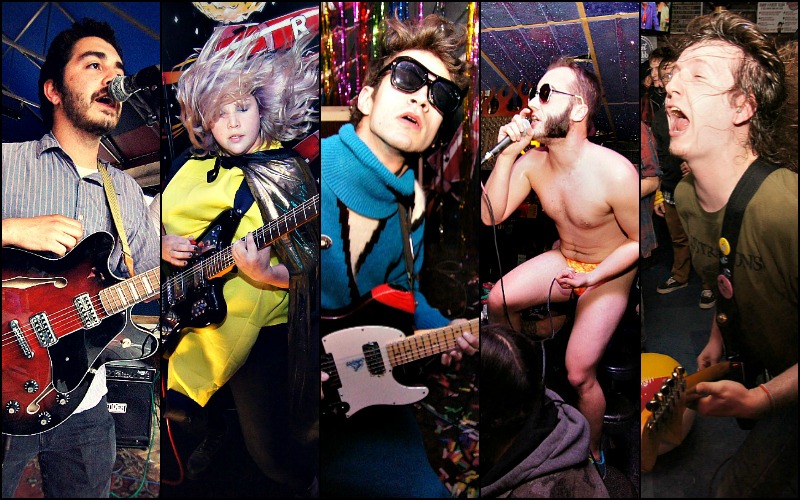 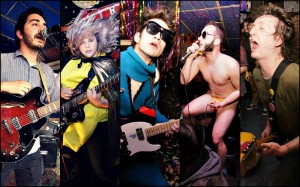 In just a few short weeks, rockers will migrate down to Austin, TX, for the SXSW music festival. The warm air will be filled with rock and roll, the busy chatter from attendees, and the scent of tacos.

In the middle of all that, five local bands will take the big outdoor stage at Shangri-La, 1016 E. 6th St., to represent Lawrence, Kansas City, and St. Louis. Once again, I Heart Local Music is bringing local bands to the spotlight at SXSW. This event is part of Midcoast Takeover, and helps raise money for Midwest Music Foundation.

We’re proud to bring the following bands to SXSW on Saturday, March 19th, from Noon to 4:00 p.m.: 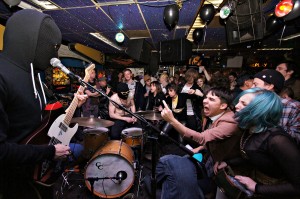 The two-piece garage rockers refer to themselves as space punks. Arc Flash’s furiously thrashing sets are nothing short of impressive. with perhaps the most reverb-heavy vocals in this town. Come to see how just two people can make so much noise, stay for the infamous costumes and weird-ass antics. 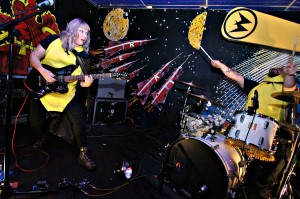 Bruiser Queen isn’t from Lawrence, but they might as well be. They’ve made LFK a second home and have fond connections with bands and fans here. The band spares no flair in their golden capes while rocking the faces off of everyone. Come for the shredding, stay for the jaw-dropping performance from these outstanding garage rockers. 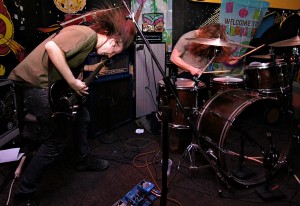 Bummer has head-banged harder than any band we’ve ever seen. Between all three of the long-maned animals onstage, you’re lucky to even catch a glimpse of their faces. We’ve seen the band even get venue bartenders and door guys worked up into a tizzy. Bummer is best served live with a three-course meal of angst, aggression, and ass-whoopins. 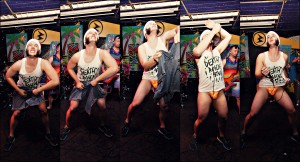 Stiff Middle Fingers go fast and furious, and have a knack for thrilling their audience. This is the band that played four shows in four cities in one day earlier this year. It’s a testament to their stamina, as well as the madman-of-a-singer’s fondness for agitating the audience. Come for the perfectly executed punk ballads, stay to watch the singer scale the walls like some sort of cockroach. Warning: he may disrobe. 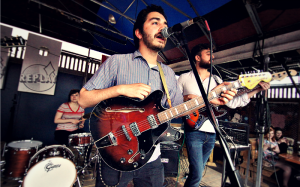 Toughies are an adorable box of kittens disguised as a band. When they emerged on the scene earlier last year, it was one of the few times that hype turned out to be legitimate in this town. The doe-eyed performers will have you swaying lightly to their breezy music, while their high-pitched harmonies will have you wishing summer lasted forever.

We’ll see you in sunny Austin this Spring. Until then, you can RSVP to the event on Facebook here.