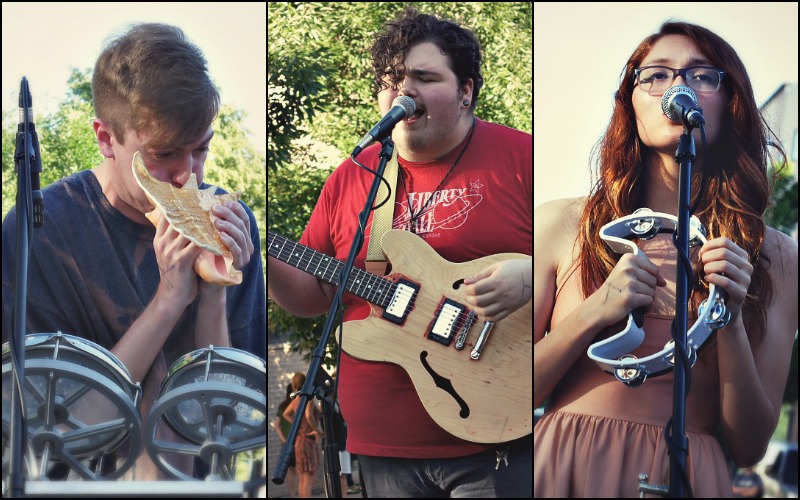 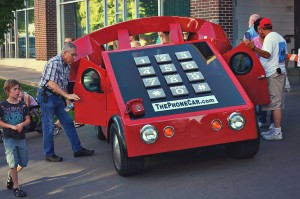 If you’re a fan of weird yet impressive art, then you probably found yourself downtown on Friday evening. The Art Tougeau Parade is an annual event that features art cars from around the region, and it celebrates its presence loudly in Lawrence.

Not only does the parade roll down Mass Street on a beautiful Spring Saturday every year, but the organizers also throw an after party at the Replay, as well as a street party just outside the Arts Center the night before. That’s three opportunities for you to get up close and personal with some bizarre art by way of a flying saucer on wheels, the Batmobile, and a giant rolling telephone. 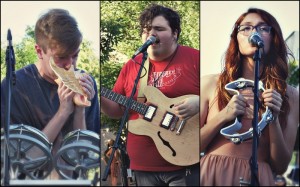 An event this unique calls for some unique talent. This year, the pre party featured Paper Buffalo, a band comprised of young musicians who grew up in Lawrence. They’re about as local as you can get. If you don’t know someone in the band, chances are you know their mother, uncle, cousin, etc.

Aside from granting us copious amounts of civic pride, the band boasts some impressive talent. Their guitarists, albeit standing still with intense focus, can rip out some pretty intense riffs when they want to; and the percussionists are the true definition of wild. One of them even pulled out a conch during one of their songs. When has a Lawrence band ever whipped out a conch and appropriately placed it in their songs??

The final song they played, though, was killer. “I’ve Reached the Ocean” just knocked you off your feet. Despite their warnings before the tune started, nothing could have prepared us for what burst out of Paper Buffalo. The tempo changes, the early 90’s style, the spot-on harmonizing, the guitar solos… it really threw everyone for a loop.

Here’s what it sounded like, and be sure to keep an eye out for Paper Buffalo over the next year. They’re rapidly catching everyone’s attention, and with good reason. For a town that celebrates all things wacky, such as an art car parade that throws two parties for itself, Paper Buffalo is a perfect fit.

Editor’s note: As of right now, Paper Buffalo’s next shows are June 14th at the Jazzhaus (with Moonbather and No Cave) and July 25th at SeedCo (with Westerners).