Watch: Something and the Whatevers cover local bands 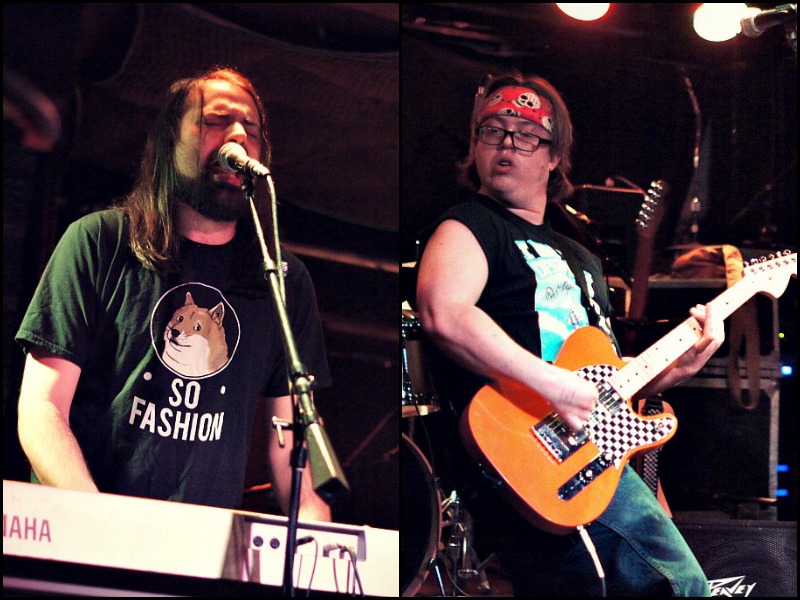 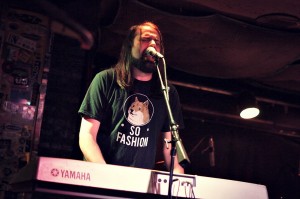 Something and the Whatevers may not be for everyone, but they sure are a riot. The local jokesters hit Davey’s Uptown on a Tuesday night to bring their loud, abrasive, and most often hilarious songs to the stage.

The keyboard player is the booming voice behind most of their tunes, featuring mocking titles such as “Bipolar Express.” In between every comedic melody is aggressive Tom Foolery and plenty of curse words. But you have to admire some of the musical talent that occasionally pops up in this act. The frontman is sort of a deranged version of Andrew W.K., yet plays complicated piano parts blindfolded (a stunt they’ve started performing as of recently). The bassist, most recognizable from his stint in Stiff Middle Fingers, has really blossomed over the last year as a musician. 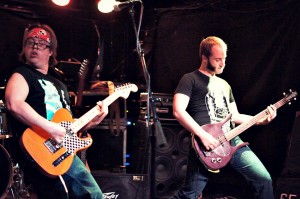 Then, there are the onstage antics. On this particular night, we were treated to some community-based humor, as Something and the Whatevers began covering local bands. They played a slowed down (then eventually very sped up) version of The Sluts’ “I Want You To Die” before going onto a popular number from Dean Monkey and the Dropouts. They ended the set with a Me Like Bees cover.

You can watch video of the covers below, and expect a new album from Something and the Whatevers soon.

Next post Back To Where We Were: Mouthbreathers returns to Lawrence