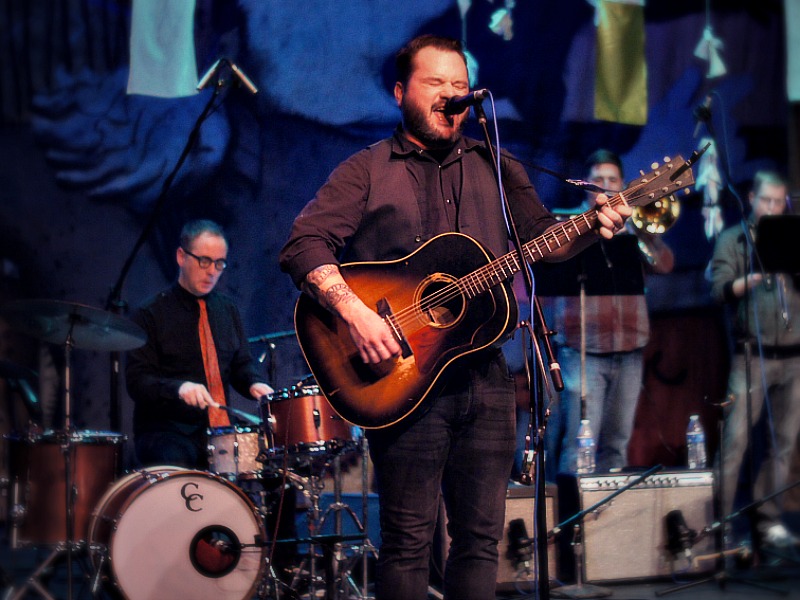 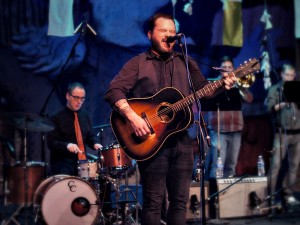 What a treat it is to live in Lawrence! Not only is the town home to one of the most vibrant music scenes in the nation, but on any given night you can witness something historic onstage.

Such was the case on Friday night when Matt Pryor, along with a host of famous local musicians, called upon an orchestra to help deliver one of the most memorable performances to date.

Pryor, an East Lawrence resident, was beaming with hometown pride on this night, and with good reason. This performance was a long time in the making, and on Friday the dream finally came to fruition. “This is a big part of my community,” he told the audience. “I love East Lawrence, so keep it up.”

He then called upon some musician friends of his, including some members of Ghosty (who helped open up the night along with brand new band Obi). Some songs were performed with just a band, other with a string and horn section. “There’s a big body count onstage tonight,” Pryor joked. 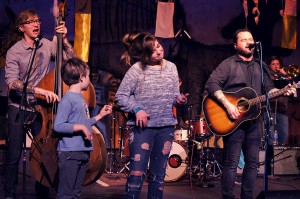 He delighted audiences with new songs and even utilized Ghosty for a New Amsterdams cover. Every now and then throughout the evening, you could hear different sections of the audience (aka his friends and neighbors) sing along.

A highlight of the evening was when he brought up the music video for “Kinda Go To Pieces,” which was just recently released and features local air guitar champion Eric Melin. Because Melin was not present that night, he called up two younger members of the audience (his family) to air guitar onstage while the band rocked through the song.

If you’re a music lover and needed a good reason to stay in Lawrence, this was it. The evening was oozing affectionate displays from the community, and left the audience full of civic pride.