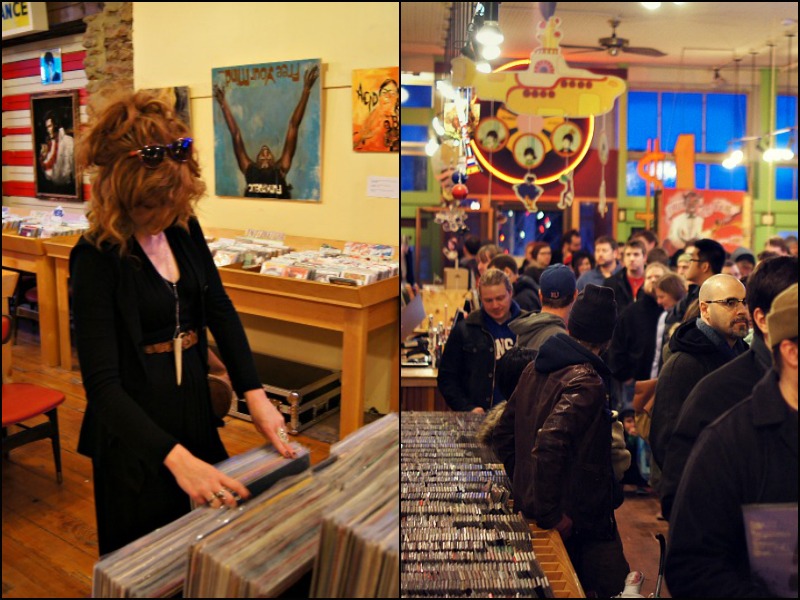 Facebook0Tweet0LinkedIn0Pin0
If you didn’t have plans on May 4th, you do now.

It appears Love Garden is throwing a big party at SeedCo, and some big names are expected to perform. So far Woods and Blood on the Wall have been confirmed, and locals Your Friend and Oils are also set to play. Even more band announcements are expected in the future.

The Woods performance nearly coincides with their April 15th release. “Woods have been friends of Love Garden for years,” says Kelly Corcoran, Love Garden’s commander-in-chief. “They played an in-store in 2009 and it’s been a love affair since then.  Oh, and their records rule, amiright?” Getting Blood on the Wall for the show took a little bit more work. “Both Shanks siblings were living in Lawrence for the first time in years.  I just kept politely asking if they’d play a show, and I figured it’d be a special treat. Somehow it worked!”

When Corcoran wanted to book some local bands on the bill, he turned to SeedCo. “That space and the Whatever Forever corps are really important to both Your Friend and Oils, and both of those bands have really blossomed in the past year.  Easy choices.”

You will have to buy tickets to this event. They’ll be up for sale soon, $12 in advance or $15 at the door.

You can RSVP to the event on Facebook here. The party celebrates Love Garden’s 24th Anniversary.

Bummer is your latest unruly group of hellions