Bruiser Queen spreads rock, good will across the nation

Bruiser Queen spreads rock, good will across the nation 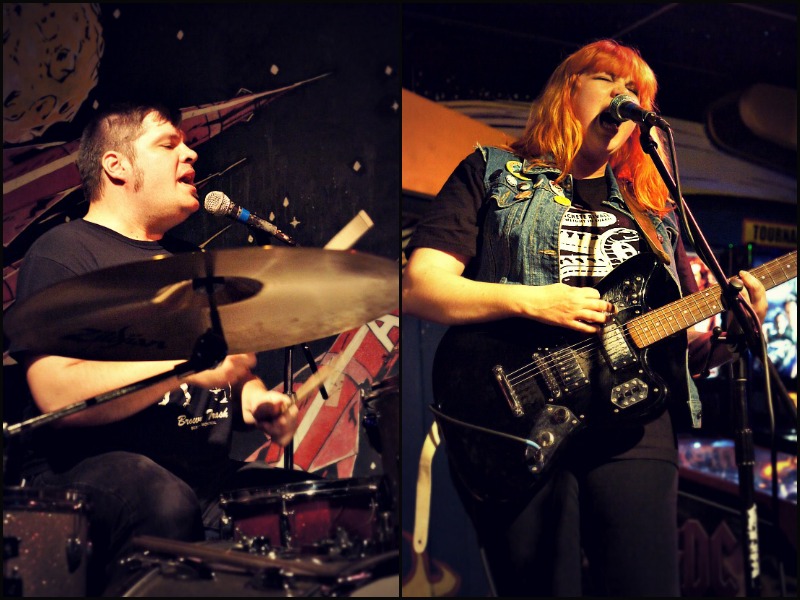 Garage rock duos are gaining more momentum than ever across the U.S., and one of the more underrated acts doesn’t live too far from Lawrence. St. Louis-based duo Bruiser Queen are set to play I Heart Local Music’s showcase on Saturday, July 27th, and they’re sure to impress with their lively anthems, savvy guitar work, and captivating stage presence. 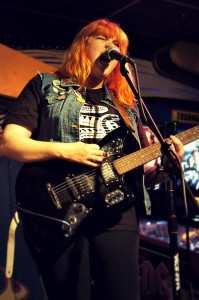 Guitarist Morgan Nusbaum has a voice that is so endowed, we’ve seen an entire venue turn their heads and become fixated on the maestro. She’s also gained a bit of notoriety for her guitar work, and it’s easy to see why there’s really no need for a bassist in this band. Drummer Jason Potter joined forces with Nusbaum nearly five years ago and finally found a sound that set their musical careers soaring. “Morgan and I were both in different bands and those were coming to a close,” says Potter. “She was talking about how she had some songs, so we were like ‘we should just play together’ and it picked up from there.”

Their music did more than just “pick up from there.” The band is well-loved in their hometown, thanks to their flair for rock and a wide range of fans that range from 13 years-old to “older people that can still dance,” according to Potter. They’ve also landed opportunities such as playing the Riverfront Times Showcase and replacing Jeff the Brotherhood as the opener for Best Coast after one member of the band became injured just before the show. “The cool thing was with Best Coast and Jeff the Brotherhood, those are two of our favorite bands,” says Potter. “So we covered a Jeff the Brotherhood song and got to play in front of a crowd that was bummed they didn’t get to see them.” 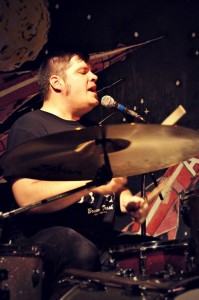 That’s not the only way the duo’s been scoring points with audiences. On two separate occasions, touring bands have told I Heart Local Music tales of grand hospitality in St. Louis thanks to Bruiser Queen. Leave it to Potter and Nusbaum to soil dirty rockers’ good names by offering shelter, food, and extensive companionship to bands on the road. Potter, blind to the fact that touring bands have been spreading word of Bruiser Queen’s good will, says they’re really just trying to leave fond memories of their hometown with touring musicians. “I think part of it is that every kind of mid-size town has these problems, where they think everybody skips their towns. All those big acts go to Chicago and skip your town, so I think we’ve got a complex,” says Potter. “We were trying to get the word out that St. Louis is fun and there’s good places to eat and cool people to hang out with. It’s all essentially selfish to get bands to come here.”

Bruiser Queen would know the brunt of what bands bear on the road. They tour extensively and often throughout the year, thanks to their centralized location. “We make the best of not being in Chicago or L.A. or San Francisco,” says Potter. “One of the real advantages is that St. Louis is just hours away from cool places to play. It makes it easy to jump off and be based out of.” He also added that when bands head to major festivals in nearby cities, it’s hard not to stop in St. Louis. 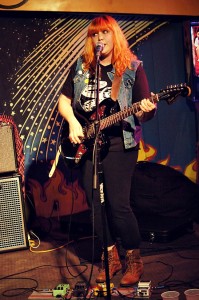 All the Right Ingredients

In addition to their hefty touring, Potter and Nusbaum have been busy recording and will have a brand new 7″ to tout at I Heart Local Music’s showcase at the Jackpot on Saturday. The new music is just one of many steps planned in their exciting future, and they don’t see any reason to stop after the state of affairs that put them in their current situation. “I personally feel as a band, we worked really hard through our younger years. Through whatever set of circumstances, things didn’t line up right,” says Potter. “But the really cool thing about our band is, we’ve found each other to play with and we have the same interesting goals. So it’s like hey man, for the first time we actually got it right! Let’s try to keep it going and see what we can do with this band now that we have all the right ingredients that we wish we had when we were 19 years-old. Let’s see if we can do it this time.”

You can see what they’re doing right when they play with two other fantastically loud and obnoxious bands, The Sluts and Black on Black, Saturday, July 27th, at the Jackpot Saloon for the low low price of $3.