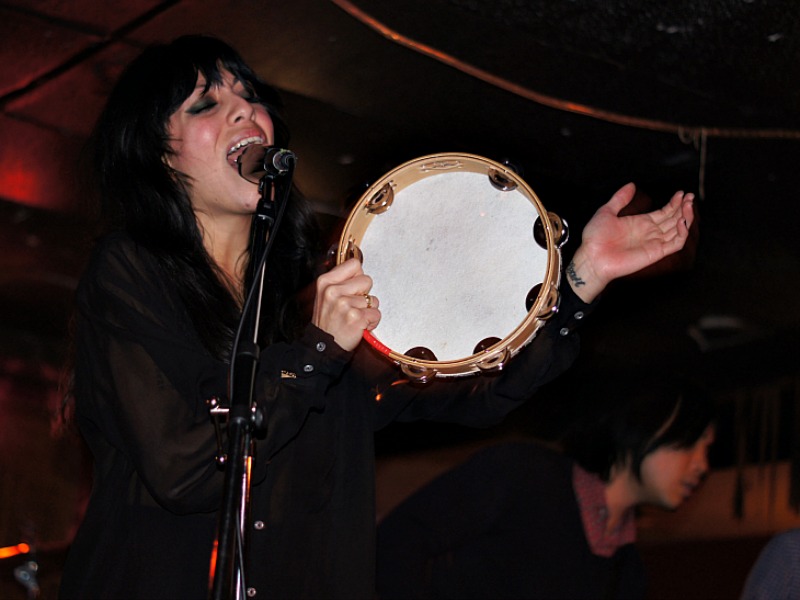 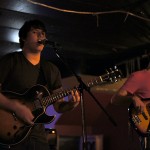 The Jackpot gave us a nice reprieve from the horrible weather that was dumped on Kansas Wednesday night. Three bands took to the stage and brought us tunes that reminded us of warmer, sunnier times.

The Basement was up first, and this is a band that likes to take it easy. They drew in a great crowd for the Jackpot, and left us fond of their wacky synth solos. The band played some nice, laid back music. It was jazzy without all the annoying traits of jazz music. “Sappy and slow, that’s how we like it,” the frontman exclaimed after a song about lazy Summer days. 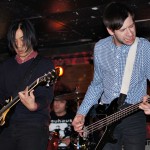 Chains of Love lit a fire under everyone’s butt with their explosive set. The band boasted of late 60’s rock, but with less bouffant and more crotch thrusting. From the very moment they started playing, they owned the stage. 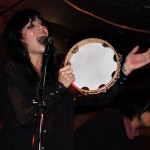 The frontwoman for this Canadian band stole the show with her booming vocals and a thrilling performance you couldn’t turn away from. She tapped her spiky heels so hard and fast, her feet barely touched the ground. She managed the art of slithering at a speedy rate, and rocked a tambourine more fiercely than anyone we’ve ever seen (made tambourines look pretty cool, even). She head banged hard, coming up for air only to scream into the mic. The bass lines kept you on the dance floor, and the drumming kept your heart rate high. There will never be a stage big enough for Chains of Love’s electrifying stage presence.

Beach Day is a lighthearted surf rock band from Florida that flirts with punky undertones. Their catchy guitar arrangements and vocal harmonizing did not disappoint, and it felt great having such a feel-good summery band (with attitude) on this cold, drizzly night. “We’re in Kansas, aren’t we?” asked the frontwoman. “I think we are.” But you hardly would have known it the way they busted out their guitar solos, taking us to another place (a warmer, inviting, and playful place). When Beach Day hits the stage, life truly is a beach.