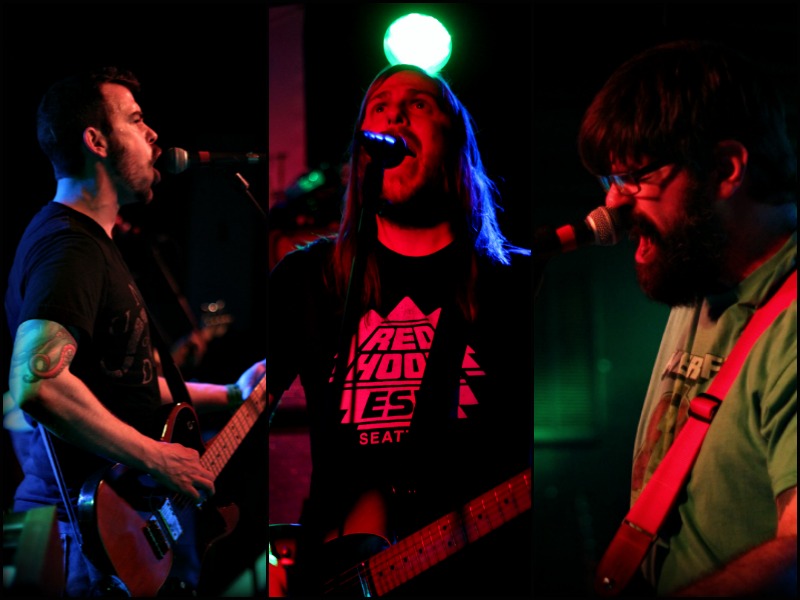 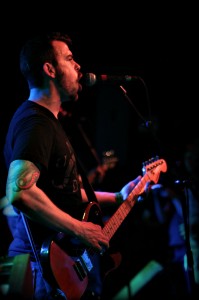 As Saturday came to an end, I was starting to feel the effects of three days of awesome music, working at my job, and a lack of sleep. Sure enough, I was crashing right about ten o’clock standing in the Riot Room. I didn’t know much about the band I was there to see, The Casket Lottery, other than they had released an awesome Beach House cover last fall and the few songs I listened to in anticipation for their Middle of the Map set. I liked what I had heard, but it didn’t prepare me for the intensity of their show.

As soon as they launched into their first song, “Code Red,” I stopped leaning against the wall and gave my full attention. I didn’t even remember being tired. The five-piece began an assault of grunge-y hardcore songs, unleashing the heavy sound on the crowd. And what a crowd; the floor in front of the stage was packed, with people spilling into the walkway and bar. Head-banging ensued, but even with the wild set going on, the audience remained polite, allowing others squeeze to the front. I saw two gentlemen a few heads away from me air-drumming. Everyone was involved in the show. 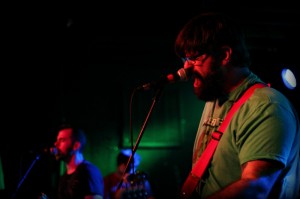 The Casket Lottery played one aggressive song after another, showing the progression they have made in their long career. Wailing vocals were shared between the three guitarists, the precision in the drumming and keys adding more power to the increasing volume. And the voices on these guys? Just brutal. Tinges of melody and softer verses intermingled with the skull crushing rock ‘n’ roll, especially in the tremendous “What I Built Last Night.” The band bantered with the crowd, mostly off the microphone, but later in the set some fans started yelling out requests (for material that wasn’t The Casket Lottery’s). “We don’t know those…” the band joked back. All five guys in the band are tough looking sons of guns and you can bet your life they got a name to match, but they were incredibly gracious to their audience. “You guys are really sweet,” they said, after the crowd asked for more.

The Casket Lottery tore the Riot Room apart and shook the foundation. A furious performance that drew people in from the patio and street to experience their ruthless set. Sleep? Who needs it? Not when The Casket Lottery is playing.

Watch: Soft Reeds at Middle of the Map Fest