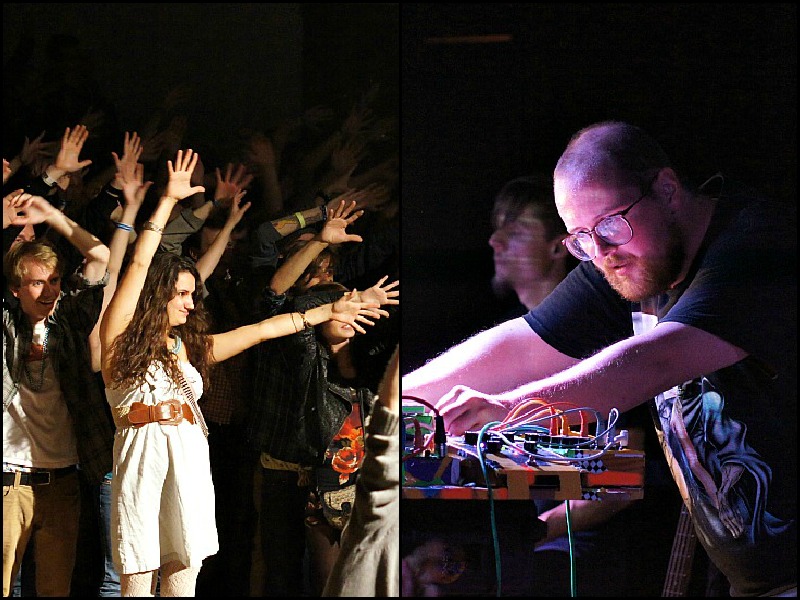 Nothing Dan Deacon has done this year is ordinary. He takes everything, from his music to the live shows, to the oddball extreme. For example, he released a new album, America, so logically the next step was to book a tour. But even that had to be quirky. Instead of using traditional methods for touring, he found a beat up old school bus, stuffed it full of his Baltimore buddies, and headed out on one of the wackier tours the nation will see this year (his instagram account gives you a pretty good idea of how the tour’s going).

On Friday, he brought his barrage of Baltimore-based performers to the Granada show off independent art at its finest. 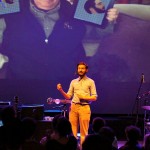 After seeing Alan Resnick open for Lower Dens over the summer, we jump at any opportunity to catch his act.

Resnick tends to open for some of the nation’s most popular musicians, but he doesn’t perform music. Instead, he delivers a quirky presentation called “How To Outlive Your Family and Friends.” In this presentation, he “teaches” you how to make an avatar, then shows off his own. It’s hilarious, and had most of the crowd laughing heartily at least every three seconds.

Here’s a clip where he tries to teach his avatar how to perform standup comedy:

Chester Endersby Gwazda is sort of Dan Deacon’s right-hand-man. In the past, he has produced some of Deacon’s records. He even joined Deacon onstage later in the night to play the synth. But for this tour, he performed as a two-piece, upbeat, rock act. Since he’s a familiar face in the independent scene, I doubt this will be the last we see of him. 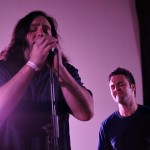 Height is a rapper from Baltimore, who was joined by a band for this tour (hence the “with friends” part). The massively-statured man with long, luscious locks of hair started with an a capella bit before the rest of the musicians chimed in. There was a lot of tambourine shaking and harmonizing vocals. 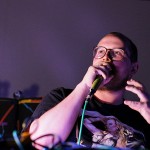 The thing about Dan Deacon shows is, you can’t just be a bystander. In fact, you ARE the show. Deacon is just pulling the strings.

Over the course of the night, Deacon made the audience jump through several extensive hoops. This included creating a dance circle, dividing the audience into two groups with selected dance-leaders, and even sending the audience outside for a sort of tunnel march you normally see at weddings. 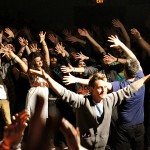 All of these orders came dictated from the man himself, but not without a clear explanation first. Right before the march that sent everyone outdoors, Deacon assured everyone that at one point the only people left in the venue would be the drummers (he was mostly right, except for a few stragglers). Can you believe that this man convinced his own audience to leave the building? What else would you expect from a madman who arrived on a sort of circus fun bus? 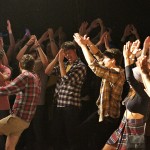 The man pushes the limit with audience interaction. At Dan Deacon shows, you’re the star, the center of attention. Dan Deacon is just the ringleader, commanding the circus to perform at ridiculous proportions.

Here’s a video of the dance circle he created. The dancing starts at about 2:55 in, Deacon is pretty much just being hilarious up until that point:

Memorable moment from the night:

Right before Deacon came onstage, the Granada was playing Bohemian Rhapsody and the entire audience sang along. The longer the song went on, the more people joined in. Eventually, even Deacon came onstage and began to sing the guitar parts as part of his mic check.

Bonus video of a Bromst favorite:


Words and photos by Fally Afani

Next post Photo Gallery: Matt and Kim at Liberty Hall