The Lumineers rally the troops at Liberty Hall 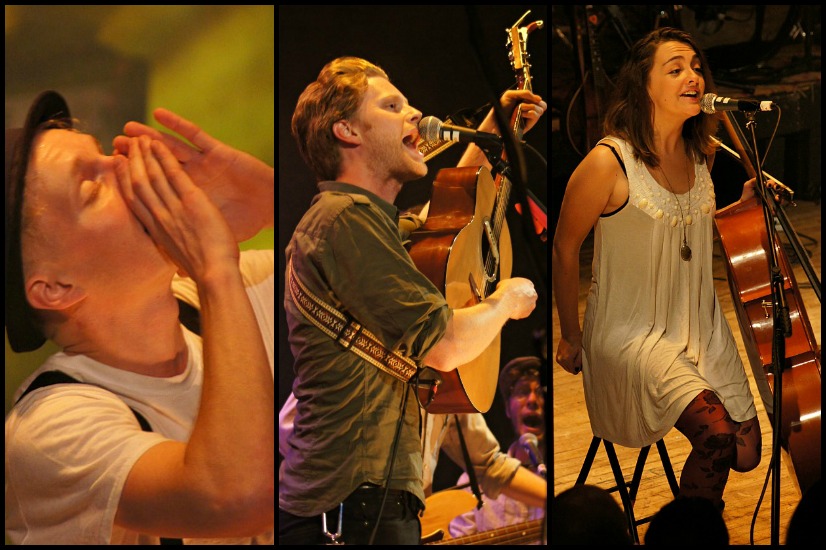 We’re convinced that Liberty Hall hosted one of the best shows of the year on Monday night when the Lumineers played to one of the friendliest crowds ever to grace the area. The venue was filled wall-to-wall with smiles, which eventually gave way to loud sing-alongs and swaying hands. 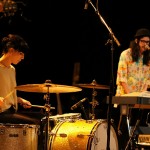 The evening started with a performance from Seattle-based band The Comettes (ahead of their December record release), who had made it out all the way from the Pacific Northwest for this tour.

The Comettes’ frontman, a sort of flower-child-looking version of Les Claypool, made friends immediately by responding to random proclamations from the audience. “I like your hat!” one concert-goer would exclaim. “Thank you,” he replied. Another audience member quipped “I like your mustache!” The dry-humored frontman was pleased with all the remarks, which ended with a string of compliments from the audience.

The lovefest was surely a nice welcome mat for a band on the road. The audience was rewarded for their good behavior when The Lumineers’ Jeremiah Fraites came out to guest on drums for the Comettes. 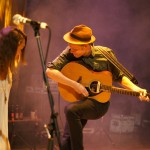 You know the crowd was getting pumped when they cheered every movement onstage, every swig of beer, and every comment. This was the sort of extremely pleasant crowd where, if you were stationed at the front of this sold-out show, you could leave to get a drink and get back to your spot without even having to elbow your way in.

The chumminess of the cordial crowd came to a climax when The Lumineers took the stage and immediately dove into an electrifying performance. Fiery frontman Wesley Schultz twisted and turned, prancing and bending all across the stage while hugging his guitar. Cellist Neyla Pekarek had enough sparkle in her eyes to light up all of Liberty Hall, and Fraites helped lead the audience in several sing-alongs. Schultz often hoisted his guitar into the air like a battle ax, rallying the troops in a musical melee. 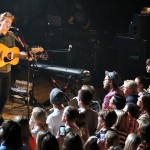 The soldiers were ready and willing, especially when the band stopped abruptly just seconds into their big hit “Ho Hey.” Schultz waved his hand over the crowd and commanded “Put away all your phones, you’re taking away from the experience.” Everyone cheered and obliged, immediately dimming the venue by stuffing all the brightly-lit devices into their pockets, which made room for hand holding, clapping, stomping, and shouting out every word in unison (Schultz was right!).

Everyone was on their feet, and even folks in the farthest row in the back of the venue (up against the wall), were up and cheering (sometimes the hardest). This has to have been one of the best shows of the year for people of all ages… the young and the old, the bearded and the beautiful, and anyone looking for a reason to stand and proclaim their love of live music on this stunning Autumn night.