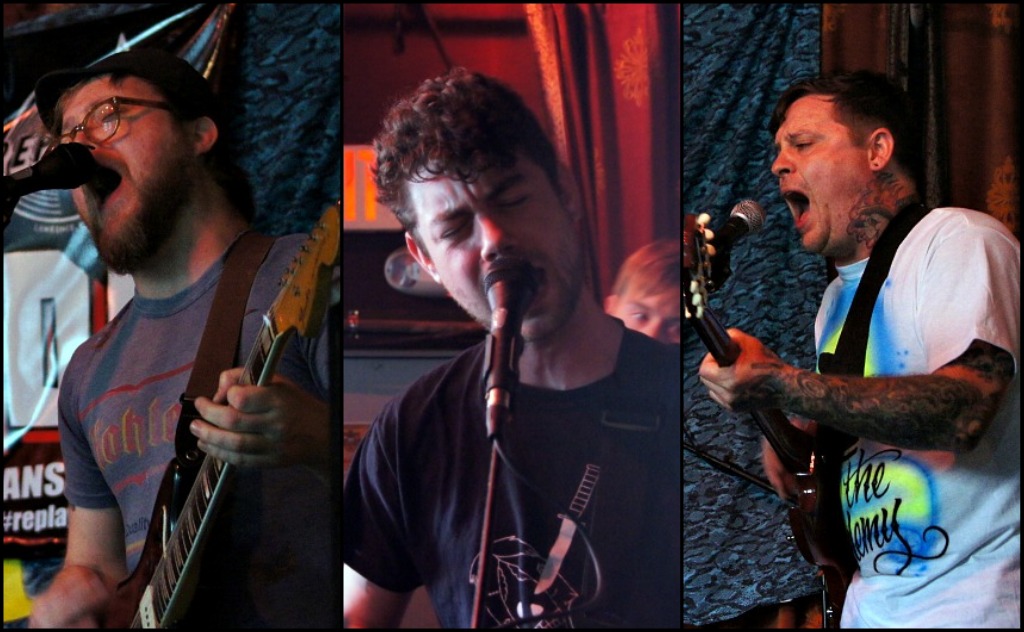 The Replay Records showcase rocked the SXSW music festival in Austin, Texas, with an unofficial showcase on Thursday. It started at noon, and was a good way to light a fire under your butt after Wednesday night’s hectic showcases drained all your energy. There’s nothing quite like a healthy dose of loud rock to get you going.

Up the Academy was a fun one to watch. All members were sporting t-shirts airbrushed with the Playboy bunny (it looks like they bought those shirts at a mall kiosk). The baby-faced drummer looks so focused, he never takes his eyes off the prize. The lead singer is on the opposite end of the spectrum, wild-eyed and flopping from side to side while completely rocking out. The music was so damn fast you couldn’t help but bop up and down with the beat.

We had waited all week to see Mouthbreathers, and they delivered. Smack dab in the middle of a tour, they doubled the already-high energy level at the showcase, thrashing about the stage and giving us those signature screams of theirs. By the end of the set, the bass player was bleeding all over his guitar. The band’s singer looked up at him and said “Dude, you’re bleeding!” The bass player said “I know!” Then they sort of shrugged and kept rocking out. Meanwhile, the bass guitar kept getting streaked with more blood. It was so gnarly, brutal, and awesome, we just about died of happiness.

We didn’t get to see Approach (darn!), but check out the photo gallery from the rest of the showcase below:

Photo Gallery: The ACBs at SXSW