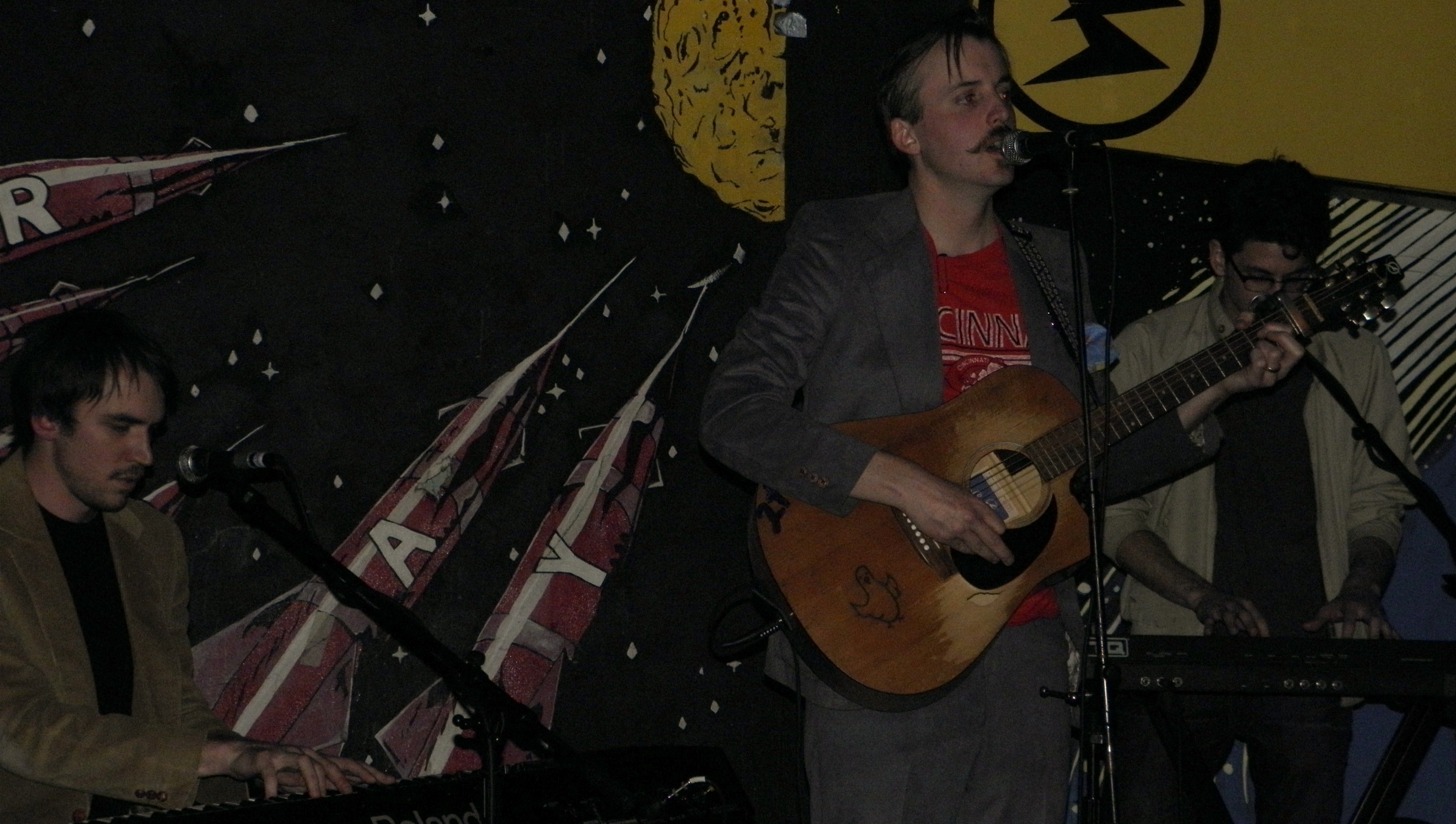 On Wednesday night the Replay provided one of the most bizarre lineups I had seen in a while. Wallace Cochran (of Drakkar Sauna fame) was the big draw with his new act “Dr. Octor.” Drakkar Sauna had actually played the night before, so this was a good opportunity for folks who missed out on Tuesday night’s show.

I walked into the Replay on the tail end of Blondie Brunetti. There were just two people onstage: a man surrounded by many little machines and a white chick covering rap songs. I managed to record just a snippet of Blondie Brunetti’s cover of “I’m a flirt:” 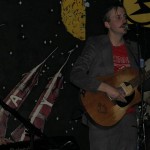 At this point some folks who were at the Jackpot had started wandering in to catch some of Dr. Octor. I began to notice the exquisite number of mustaches in the audience.

Dr. Octor immediately started in with a song that definitely got your toe tapping. They then transitioned into some slower/spacey jams. They only had four songs, but the first one was a bit lengthy so it felt like a well-rounded set. The band had a very upbeat pace, and didn’t even need a drummer. I especially enjoyed their use of trumpet in this song:

And then White Fang proceeded to trash the Replay. 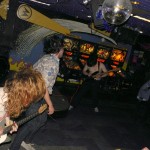 White Fang is a loud, obnoxious punk band. The lead singer kept himself busy flying off the stage while the rest of the band joined him in thrashing about the venue. They knocked over tables, sat on each other’s shoulders and in general just caused a lovely ruckus. After explaining that they were from Portland, they immediately played a song called “Portland sucks.” White Fang is excellent fun for the concert-goer who needs a little release now and then. By the end of the set the band was playing in the center of the Replay, leaving the drummer to hold down the fort onstage. 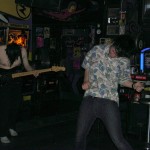 If you had any mid-week sluggishness about you, the Replay knocked it right out. Where else can you find a white girl in a trucker hat covering rap songs over glitchy music, a trip on the Wallace Cochran time machine and a rowdy bunch of punk rockers all in one night. Thank you, Replay, because now I am ready to tackle any bizarre show that comes my way this weekend.