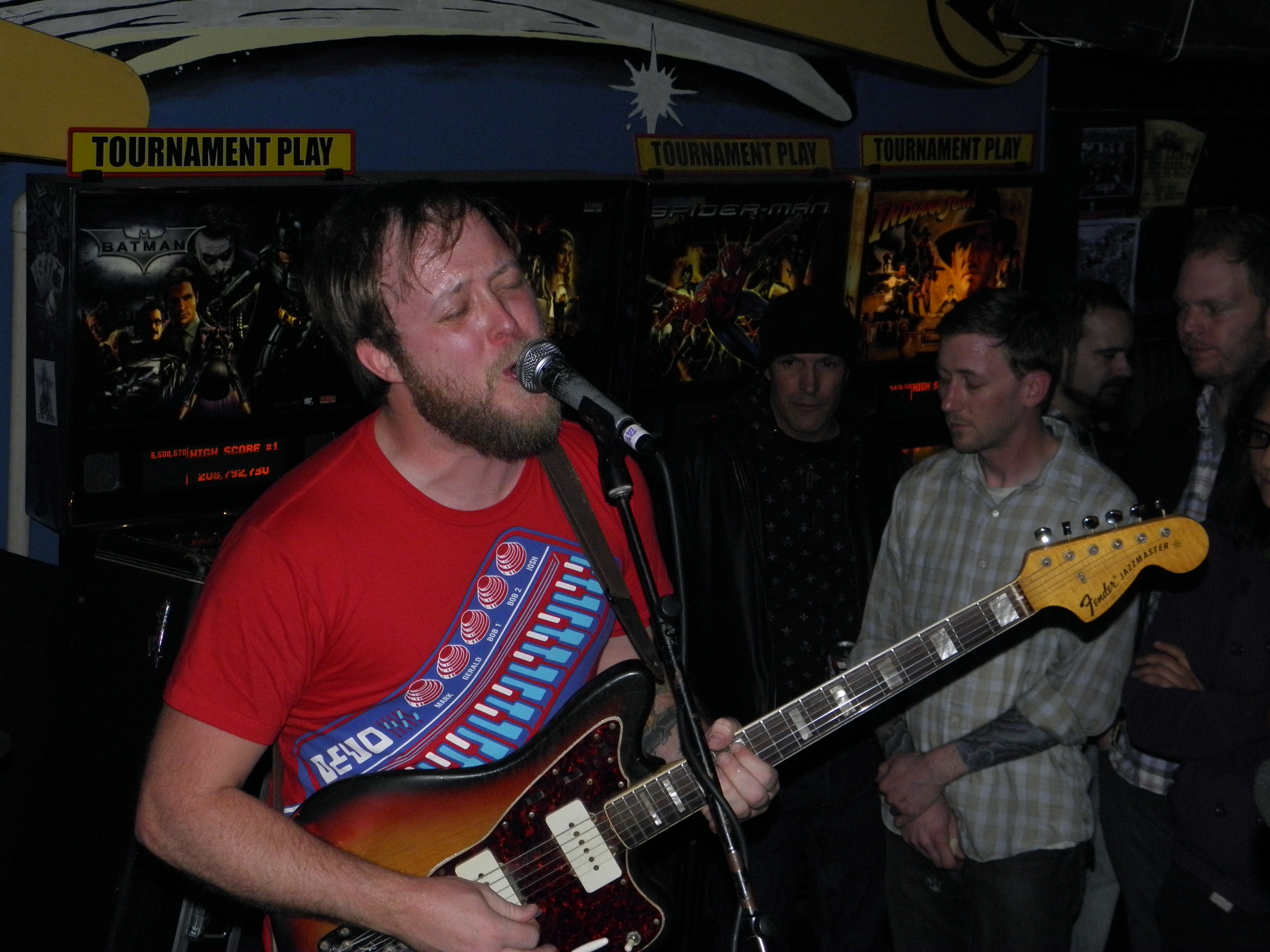 On Friday night Muscle Worship wrapped up a more than two week tour with a most energetic performance at the Replay.

The band had been on tour with The Appleseed Cast, and in true Larryville fashion the guys from Appleseed were at the show to support them.  The Replay was in fine form. It was one of the first really nice warm Spring days, and folks were happily drinking and very much digging the growing force that is Muscle Worship.

The band has been gaining popularity over the past few months.  It seems you can’t swing a dead cat in town without hitting some exciting chatter about the band.  Every single member of this band is talented. Extremely talented.  This is some of the finest guitar playing you’ll see in Lawrence, and it’s fronted by the powerful, growling vocals of Sean Bergman.  The drummer, Nathan Wilder, is absolutely thrilling.  He is one of my favorite drummers to watch in Lawrence, because you can count on him to always keep the pace tight and exciting.

The band plowed through their songs in front of a packed Replay crowd, like soldiers of rock and roll, powered by the awesome force of their music.  You might find yourself in a bit of an identity crisis with this band, because their songs are equal parts rock and beautiful melody. Depending on your mood, you can lean one way or the other.  But you won’t find another band that puts a thrill inside of you quite like Muscle Worship.

They’re about to go out on the road again, so catch them while you can.  In the meantime, here’s a taste of what you can expect.