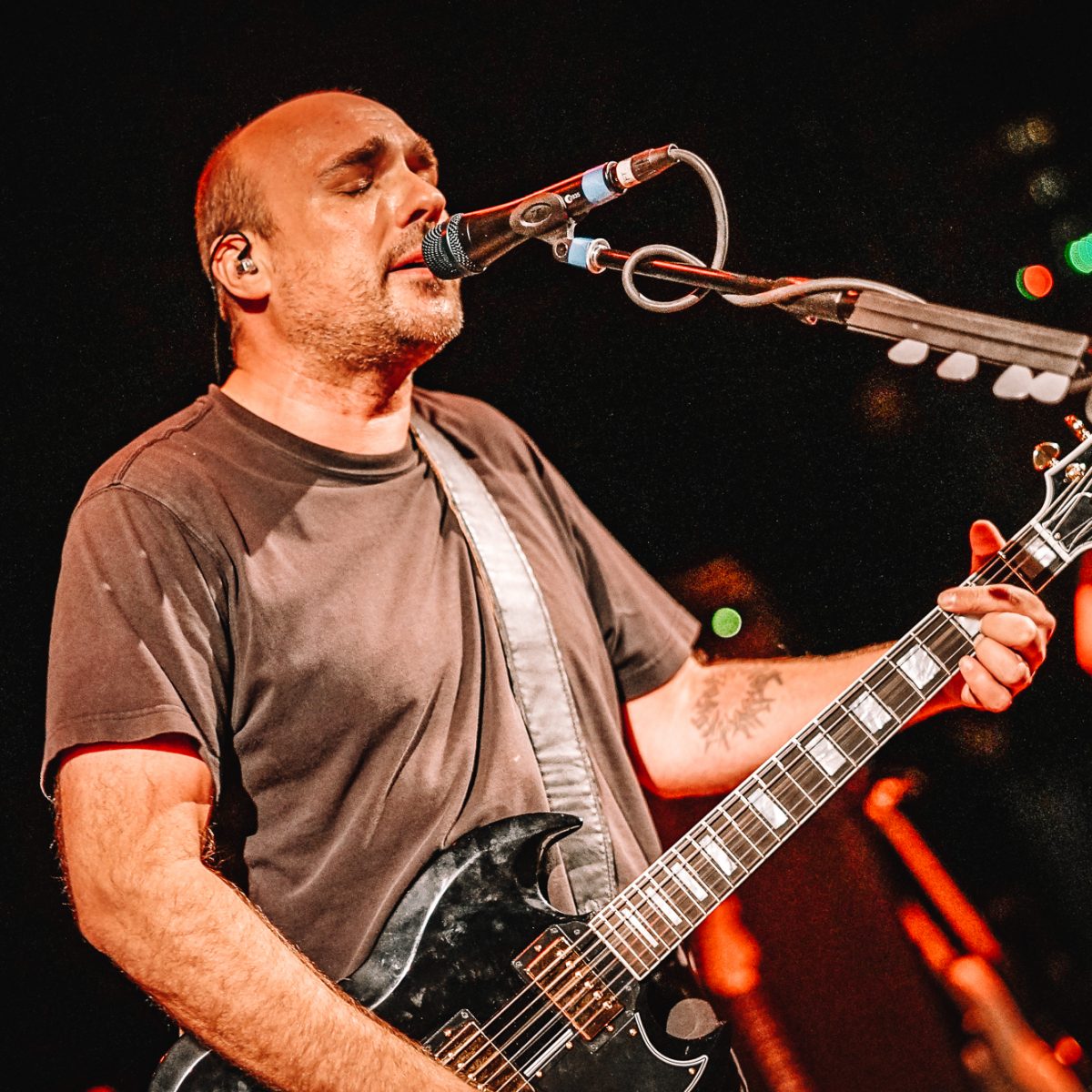 To say that fans were pumped for this show may be understatement of the year.

For the first time in more than a decade, Sunny Day Real Estate is hitting the road. Their tour kicked off in Lawrence at Liberty Hall (though technically, they played a “warmup” show in their home state a couple of days prior). The (aging) emo army was out in full force, as the crowd was a sea of black shirts and thick-rimmed glasses.

Frontman Jeremy Enigk and guitarist Dan Hoerner seemed a little overwhelmed at it all because they kept pausing and commenting on the emotions he was feeling. “I have to take a mental picture right now,” Hoerner said while the house lights went up in full and the crowd cheered. “I love you guys.” Honestly, they seemed just as amazed to be there as the fans, who made sure the band knew the extent of their delight. They also made random declarations of love “I love you!” and “Holy shit!”) peppered in throughout the spaces between songs. They opened with their earliest works, like “Friday” and “Red Elephant” before heading into The Rising Tide‘s “Killed by An Angel” and 2014’s “Lipton Witch.” The set closed out with “Seven” and “J’Nuh” before firing up the encore with “In Circles.”

They were joined by Lawrence rock royalty The Appleseed Cast, which was a perfect match made in lineup heaven. We met fans who traveled in from out-of-state for The Appleseed Cast (Sunny Day Real Estate’s set was just an added bonus for them). Kansas City’s Listener opened the show bearing the perfect energy needed to warm up the crowd into a frenzy.