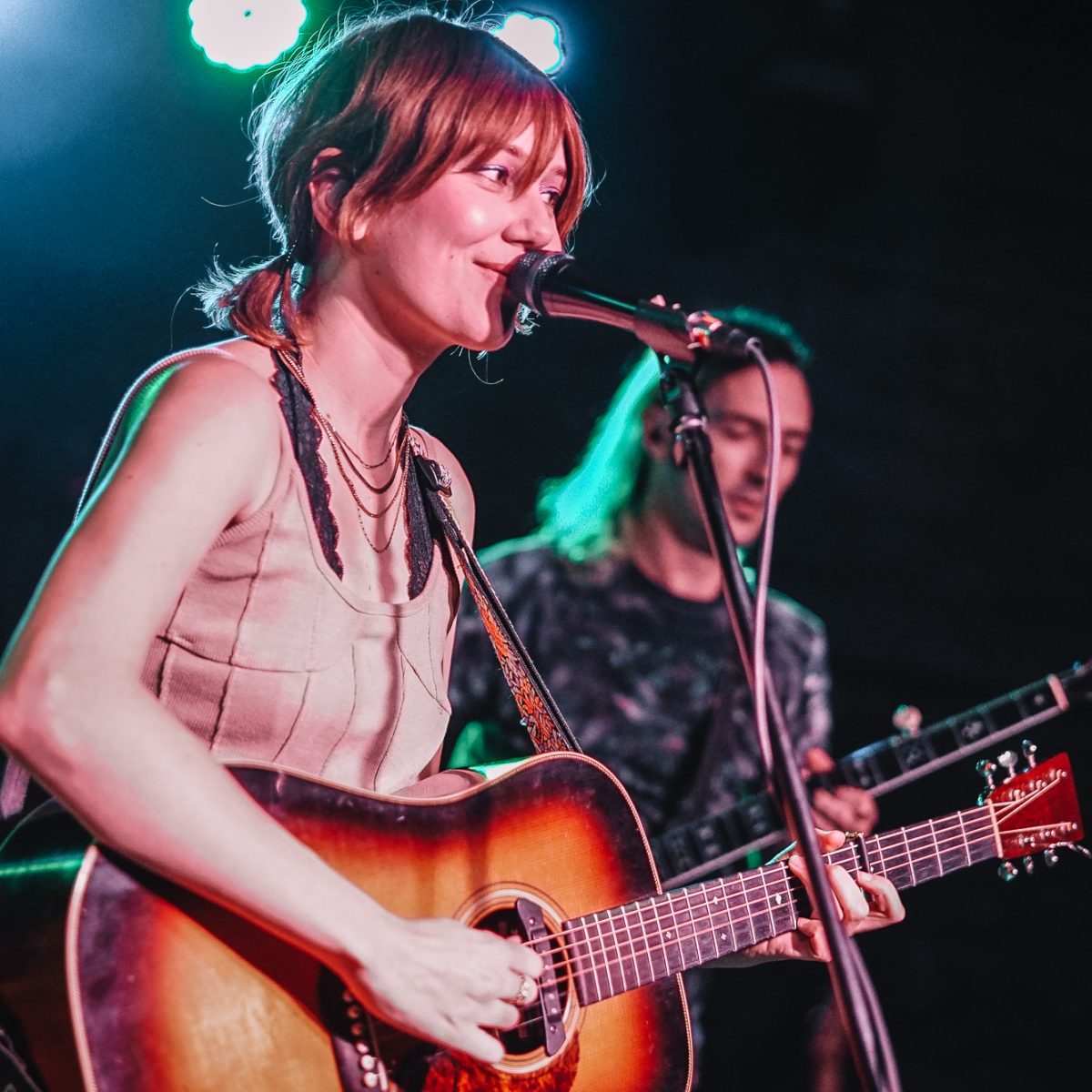 It feels like live music is finally back. Thursday night saw a lot of traffic to Lawrence’s Downtown entertainment district. Liberty Hall was sold out with an international K-Pop act on tour, and just down the block a bluegrass celebration erupted at the Bottleneck with Molly Tuttle.

Tuttle brought along an all-star cast of expert musicians, and they plucked and flat-picked their way into everyone’s hearts. With Omicron cases dropping rapidly (and a mask mandate no longer in effect), the venue was packed with revelers ready to get back in it. It’s been a pretty great week for bluegrass fans anyway, what with the announcement of Kaw River Roots Fest and all.

Tuttle’s folky rendition of The Rolling Stones’ “She’s A Rainbow” was a particular hit with the audience because it allowed the band to showcase what they’re best known for: instrumental get-downs. Yes, her voice is beautiful and exquisite, but folks were there for the musicianship. It’s always a good sign when a band is pulling out some majorly difficult tricks, yet they look like they’re floating on air.

They were joined by locals Jenna & Martin, who had Max Paley join them onstage for some of their folky favorites. If you ever head to the Replay for some Sunday patio bluegrass, there’s a chance you’ll see some form of a band with either Jenna, Martin, Paley, or all three (we call that the Lawrence do-si-do).

Back in full swing for spring! Concerts to look ahead to in March.