Photo Gallery: Kaw Tikis / The Harrisonics at the Gaslight

Photo Gallery: Kaw Tikis / The Harrisonics at the Gaslight 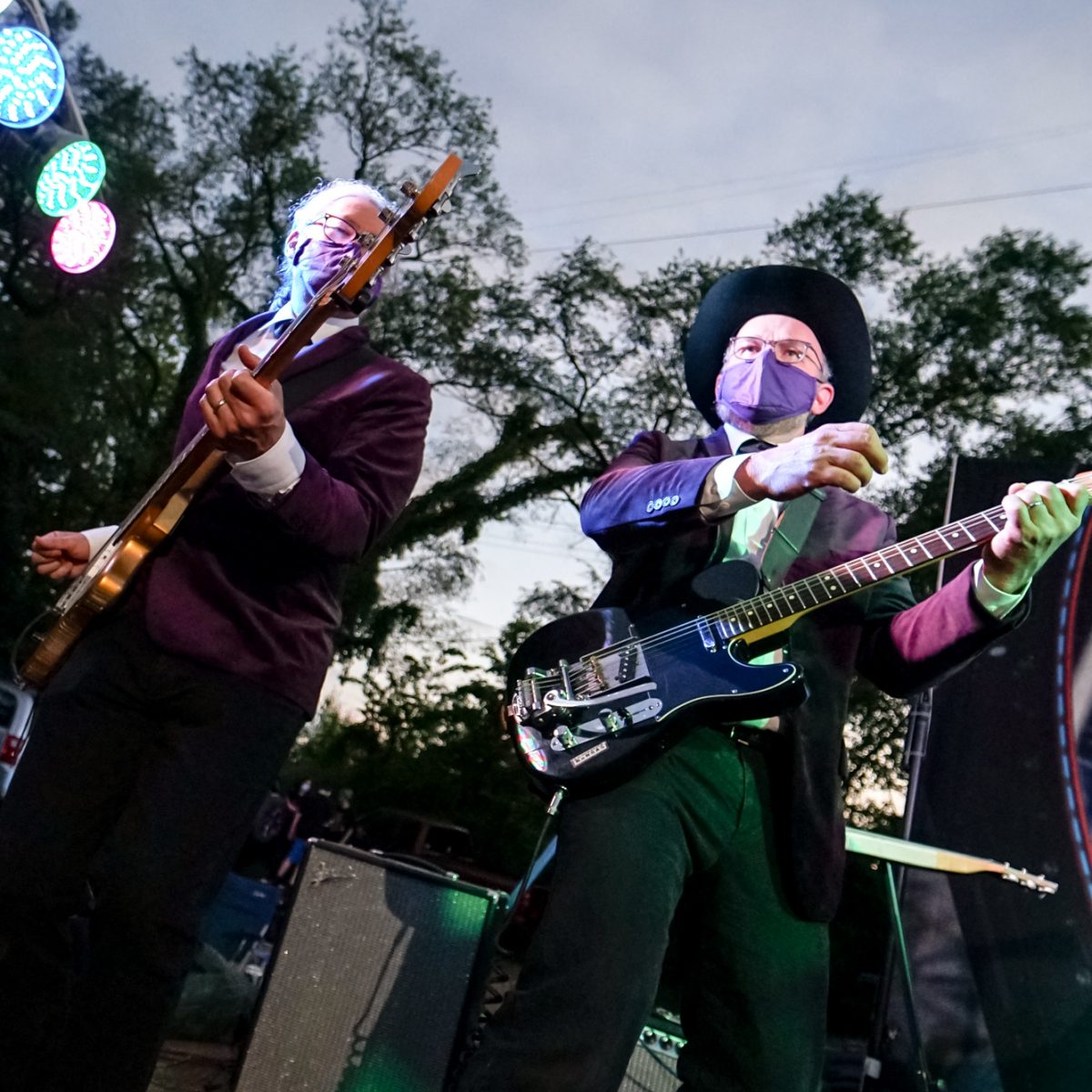 If you’re a fan of the Lawrence music scene, it’s pretty easy to feel on top of the world these days. That was never more prevalent than on Saturday when dedicated live music lovers gathered en masse to watch Lawrence’s favorite French-speaking, velvet-suit-wearing, surf rock band play on the back of a trailer in a North Lawrence parking lot.

That mouthful of a sentence may seem a bit odd to the average music snob, but it’s business as usual here in Lawrence. The interest in this concert was so large, the Gaslight had to expand into the parking lot next door, plop the band on the back of a trailer, and set up an extra little bar on the side. With the sunset brightly lighting up the sky behind the bands, and not a mosquito in sight (a rarity in North Lawrence), The Harrisonics treated everyone to what was likely their first actual rock show in more than a year. They came touting their latest album, Love Songs for All Occasions (we named it one of our Top Five albums of 2020, we’ve embedded below the photo gallery so you can give it a listen).

By the time The Kaw Tikis took the stage, anyone wanting to come to the show had to park way down 3rd Street. The sun was long gone, and the band was only lit by purple and green stage lights propped up high above the trailer. As soon as they fired up their first surf rock riff, the women elbowed their way to the front, throwing their hands (some clutching drinks) into the air, and starting twisting their hips in every direction. This was officially a dance party.

The band (oh hey, look at that, their masks match their purple velvet suits) dubbed this “Junior’s Last Rodeo,” as this was the final show for guitarist Junior (Johnny Monoprix) before he moves overseas (aww, damnit). This is a band that kept you forever hip, indulging everyone in their musical vices and between-song-anecdotes. So Lawrence, fittingly, sent Junior out in style. Some of the hippest and most influential members of the scene were on hand to bid the cheeky guitarist au revoir and, in exchange for the jovial performance, provided the band their undivided attention and doting love.