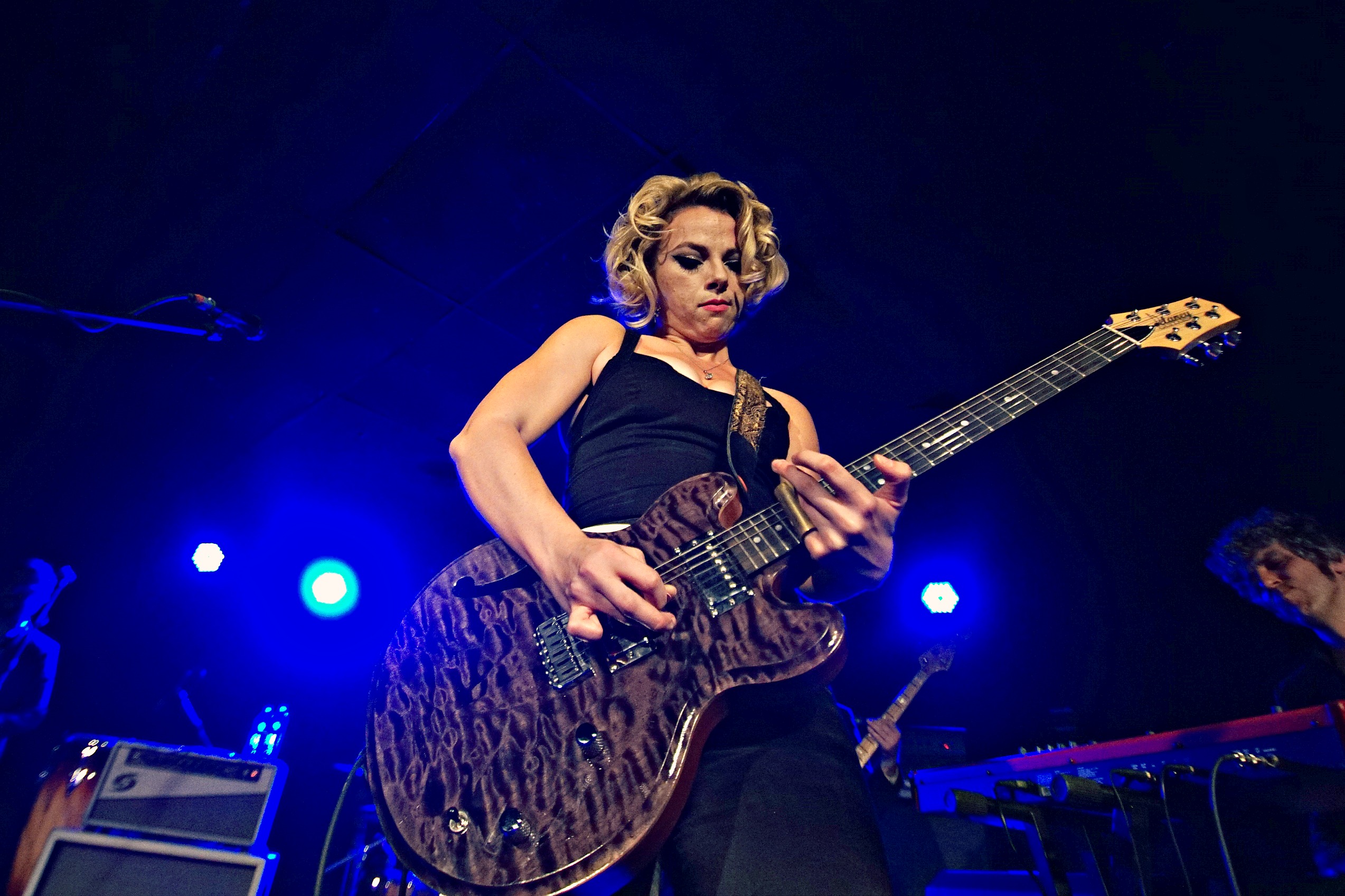 Friday night’s show at the Bottleneck was one hot ticket for anyone who lives and breathes rock and roll. Kansas City native Samantha Fish played to a sold-out (and mostly older) audience, where she brought her stunning guitar skills to the stage. Fish started out a young prodigy in her teens, which allowed many in the audience to boast how many times they’d seen her live during her career. Her setlist mainly pulled tracks off her two recent albums, Belle of the West and Chills and Fever. She was joined by fellow Kansas City guitar maniac Nick Schnebelen (formerly of Trampled Under Foot) and his band, who kick started the night on a high note with outrageous and vicious solos.

Listen to this new track from Khrystal