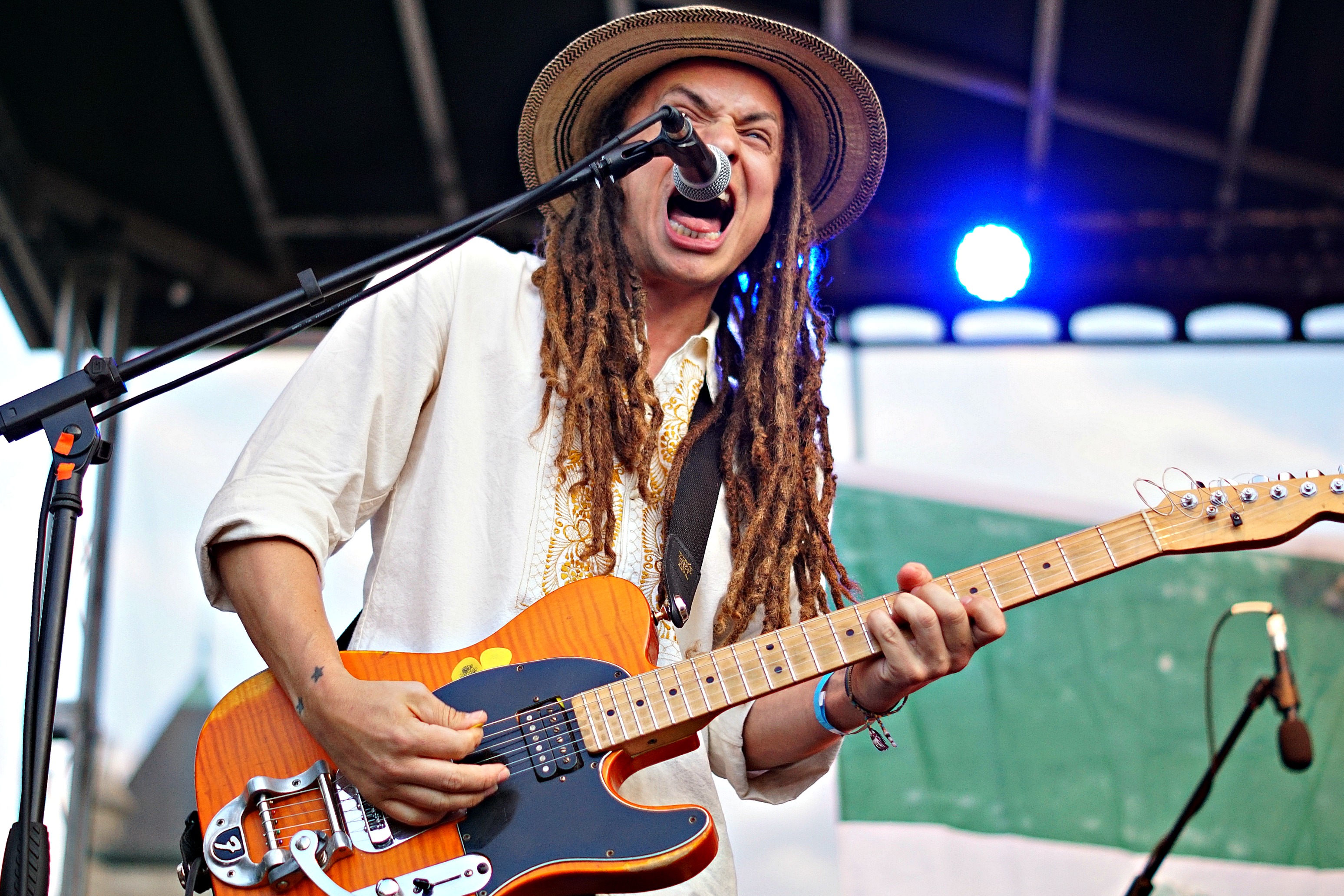 Facebook0Tweet0LinkedIn0Pin0
In a year rampant with racism and political strife, we’ve seen several musicians on the local level use the stage as an opportunity to speak out. One of those musicians is Enrique Chi, a man with a soulful voice and a fire in his belly. You may have seen his band, Making Movies, performing in front of thousands of Lawrencians at the iconic and inaugural “Live On Mass” concert this Summer. Behind him, flags from his countries and a banner that read “We Are All Immigrants” flew proudly across the stage.

Making Movies has been one of the local forces at the forefront of this frontier of supporting immigrants’ rights. This Saturday, they’ll join a host of other local musicians onstage at Knuckleheads to deliver protest songs about social injustice. The event shares a title with the band’s recently released album, I Am Another you, and aims to unite Kansas City on a local level. “We wanted to make a statement here in Kansas City that this music community, or at least the Making Movies community, does not stand for the divisive, racist, and fear-mongering rhetoric spewing from political pulpits and ricocheting from the media echo chambers,” says Chi. “It is a night to bring different artists together under one message. It’s not just anti-Trump message as much as it is a pro-people message. We have to come together in this time and support each other. Kansas City has an extremely segregated history, and for one night we want to look at each other in solidarity and know that I am another you, and you are another me.”

Making Movies have been winning as a bilingual band, clocking in on the Latin Billboard charts just a couple of weeks after their “Live On Mass” performance. But Chi admits working with a Midwestern audience has been a challenge. “The Midwest can be quite behind culturally, and for years the music we were creating was too, for lack of a better word, ‘foreign’ for people to rally around,” he says, noting that the audience’s hunger for substance is what helped them succeed in the area. “There is a lot of musical junk-food in the world, and we play in front of a crowd of music lovers, it always connects. Musical genres are not as different as people often make them out to be. We are all intrinsically linked, you just have to take blinders off some folks before they realize it.”

The other challenge the band has been working to overcome is the response to their pro-immigrant remarks since the Presidential election. But Chi found an optimistic opportunity to bring communities together. “By bringing a spotlight to the systemic racism that is still so pervasive in this country, it has forced us to unite,” he says. “Whether it’s our brothers and sisters in Puerto Rico, or the young people in this country that live in fear because of the reversal of the DACA program, or the black lives matter movement, we are all in this struggle together.” This is where Chi says musicians can serve their communities. “It was not always a commodity. Since the dawn of societies, humans have organized their homes, huts, villages around a dance square for ceremony,” he notes. “Those ceremonies required music. I’m just a part of that continuum, and I think this is what it looks like in 2017.”

You can see Making Movies this weekend at Knuckleheads for the “I Am Another You Experience.” They’ll be joined by The Elders, Jim Suptic (of the Get Up Kids), Bob Walkenhorst (of The Rainmakers), The Nace Brothers, Anthony Ladesich, Hi-Lux, Wick (of Wick and the Tricks), Rory Cameron (of The Whiffs), and students from the Art As Mentors program in Kansas City (a camp Making Movies has heavily worked with).