The B-52’s brought the freak-out to Kansas City

The B-52’s brought the freak-out to Kansas City 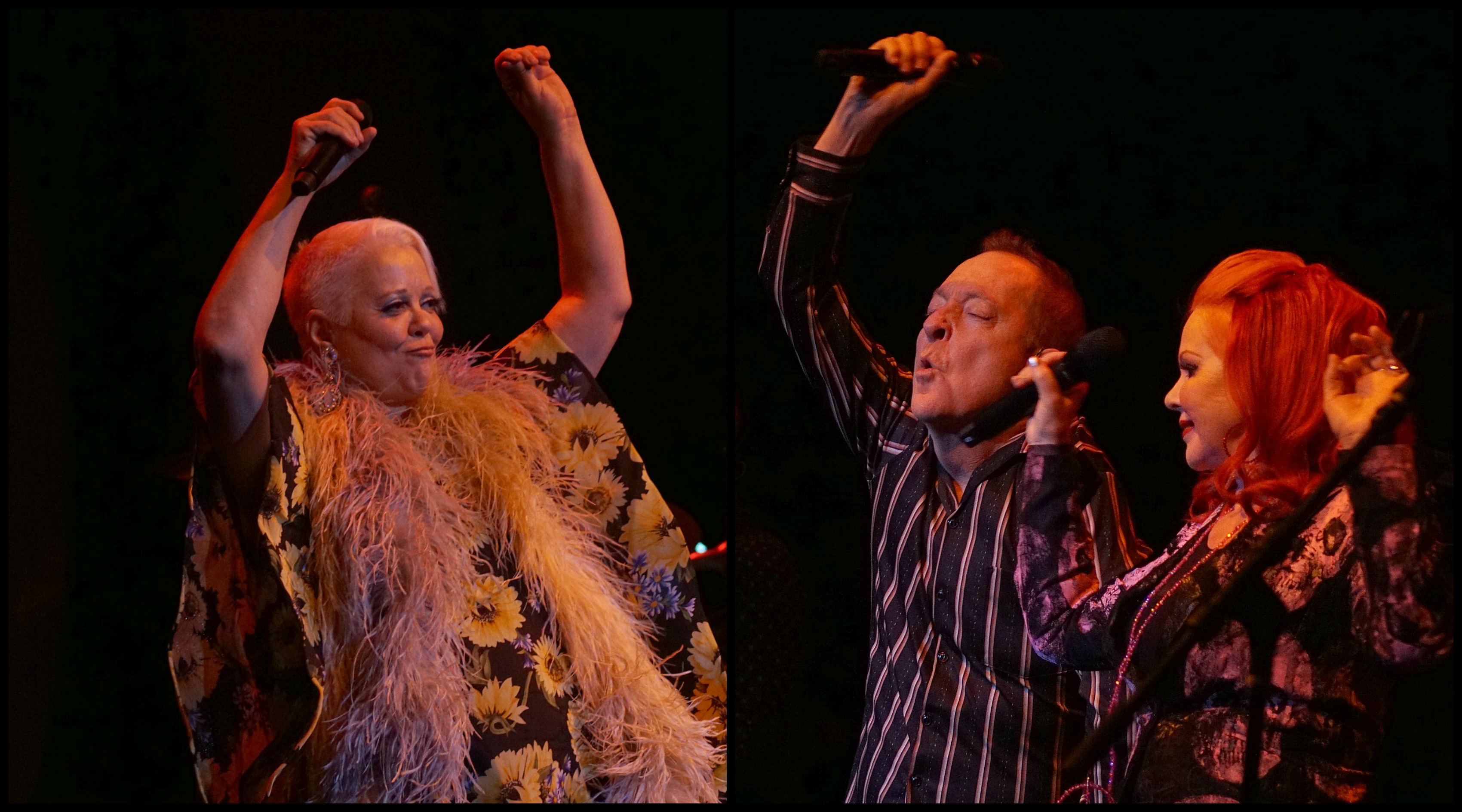 What would have otherwise been a sleepy Sunday evening turned out to be a night for light-footed fans of one of the most unorthodox bands to grace our airwaves. The B-52’s turned the Uptown into a dance hall– and though the sold-out event was seated, that didn’t stop fans from lacing up their shoes and rushing to the front to cut a rug.

Proving that music and fashion go hand-in-hand, the three vocalists donned their quirkiest and belted out those attractive harmonies that helped them rise to fame. Cindy Wilson twirled about in a large, flowy, sunflower-printed tunic and soft pink feather boa while Kate Pierson shimmied and shook in her skull-clad blazer and signature bright red hair. When Fred Schneider wasn’t throwing out sassy one-liners, he was trotting around with a cowbell or a slide whistle (as he did on “Party Out of Bounds”) that was about as out there as his quick quips were.

This is a dance band, and if you weren’t running up to the stage, you were probably boogying in your seat. Even the balcony, as packed and crammed in as it was, was shaking because of all the moving and grooving that was going on. The songs, ranging from surf to punk to pop, held up magically over time and paved the way for many of today’s weirdo bands. Considering there wasn’t an opener and the band played a decent-sized set that culminated in a longer, dancier version of “Love Shack” (and encore ending in “Rock Lobster”), the stamina to move and shake was in full force.

The dance party didn’t come without a dash of politics, though. “Do you wanna hear a really serious political song?” Pierson announced before they dived into “Wig.” Additionally, about halfway through the set, Schneider proclaimed “Not to get political, vote Claire McCaskill. I donated to her campaign. We need more women in the Senate.” The conviction in his tone indicated he wasn’t asking you to, he was telling you to.

Schneider did seem sassier than what we’ve come to know through clips of his live shows, but it was completely earnest and well-received. The band has always sported a knack for the outlandish, so it shouldn’t have come as a surprise that their disdain for the current political climate felt like less of a national disaster and more like an annoyance standing in the way of partying. Nevertheless, they persisted and brought the week to an end with a colorful display for all the oddballs who were lucky enough to strut it out with the iconic band.

Counter Culture: Gogol Bordello's Eugene Hütz on the power of performance in a complacent society