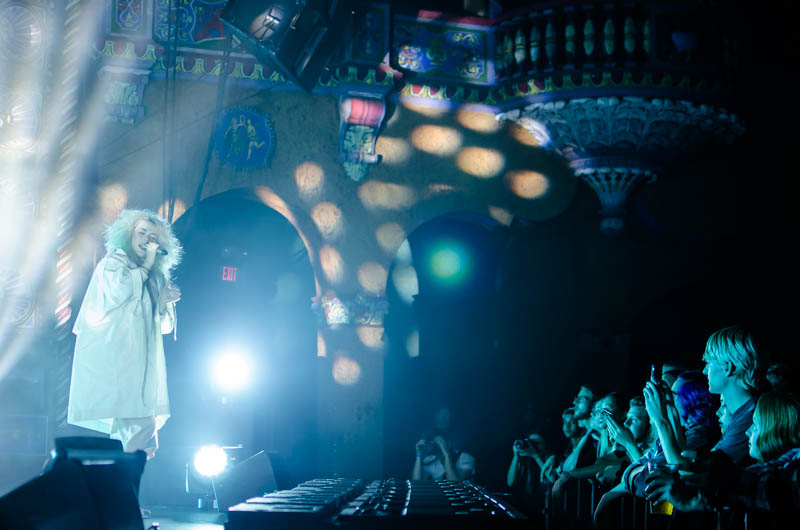 It makes sense that Purity Ring is so deliciously addictive when you know they’ve descended from their electronic pop ancestors, Born Gold.  Corin Roddick and Megan James met while touring with Cecil Frena’s pop persona (formerly Gobble Gobble). After being enchanted by current R&B, James and Roddick broke off to form Purity Ring, mixing Born Gold’s electronic house inspired thought process with bass and feeling from current R&B artists such as Danny Brown (they would later record a record breaking single with Brown). Unendingly creative, the duo designs their own clothing and has a light show that rivals any out of body experience you’ve ever had, mostly controlled by Roddick from a rhythm machine he designed himself.

Purity Ring brought Health along on tour, a mysterious remix machine that describe themselves as being “purposely vague” especially when it comes to their lyrics, keeping the focus on their driving beats.