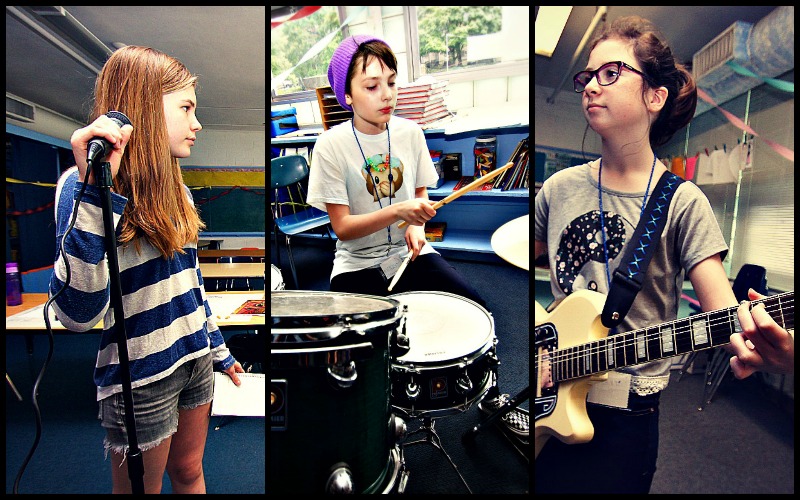 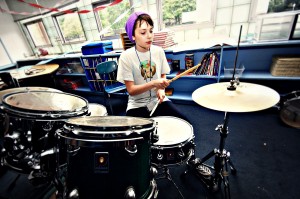 Right now something historic is going down at St. John’s Catholic School. That’s where Lawrence is (finally) holding its first ever Girls Rock! Camp. A walk down the hallway this week is a treat to the ears. The sound of young voices colliding with drums and righteous guitars fill the air. Inside each of these rooms, young women donning Chuck Taylor shoes and adventurous hairstyles aren’t just learning how to rock out. They’re also discovering their self-worth, learning how to listen to and respect one another, and growing their confidence. 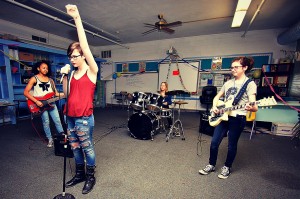 But one camp counselor told us most of the girls already arrived brimming with zealousness and self-confidence. That’s because young girls aren’t born hesitant and uncertain. That’s something society teaches them as they grow up. Half the reason Girls Rock Camp exists is to empower these teens and release their creativity. The Lawrence campers are only three days into their adventure and already playing songs in their entirety. We saw excellent displays of communication. They collaborated and really listened to each other, and that’s an admirable trait.

You’ll get to see the product of all this hard work on Saturday when they play The Bottleneck at the Girls Rock! Lawrence Showcase. The show starts at 8:00 with performances by the campers, followed immediately by performances from some of Lawrence’s own female/trans musicians. You can RSVP to the event here.

If you’re one of the sorry jerkoffs who can’t name one female band in this town, we’d highly advise you to attend.