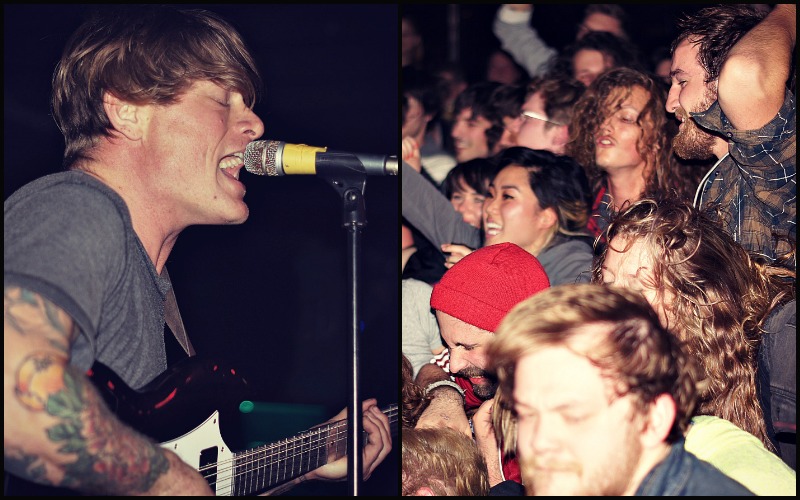 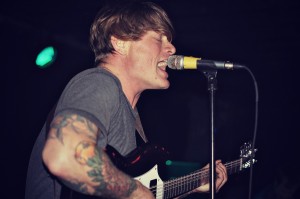 Thee Oh Sees may have some of the wildest fans out there.

After about a two-year absence, the band finally returned to the area on Saturday with a new lineup. The Riot Room show sold out, and fans lined the venue in the cold waiting for a chance to get in.

After psychedelic-infused sets from The Conquerors (keep an eye out for new music from these KC lads soon) and Jack Name, the place was packed and moist. If you were lucky enough to stake out a spot in the main area, you were pretty much stuck there until the end of the show.

The band hurriedly set up and wasted no time diving into their frenzied set. Frontman John Dwyer, hugging his guitars tightly to his chest, stood at the corner of the stage and delivered one whiplash-inducing maneuver after another under flickering lights. The fans lost their minds. 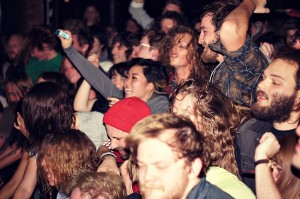 After a couple of songs in, one audience member jokingly shouted “Play faster!” Dwyer chuckled and replied “That’s a young man’s game” before diving into yet another brazen number full of furious speed.

The show’s manic momentum, meanwhile, kept building and was about to burst. Thee Oh Sees delivered a steady level of hysteria onstage, while on the floor the fans let their passion take over. They air guitared, punched their tattooed arms into the dense air of the Riot Room, threw beer, crowd surfed… someone even lost a shoe. Eventually, the crowd moved as one convulsion. It was like watching a sea of people, with waves occasionally crashing up on the stage. The fuss held out until the end of the set, and by the end of the night a few of those patrons waiting outside the venue got in to witness the final bits of turmoil in person.

Previous Article No one is safe from Peelander-Z