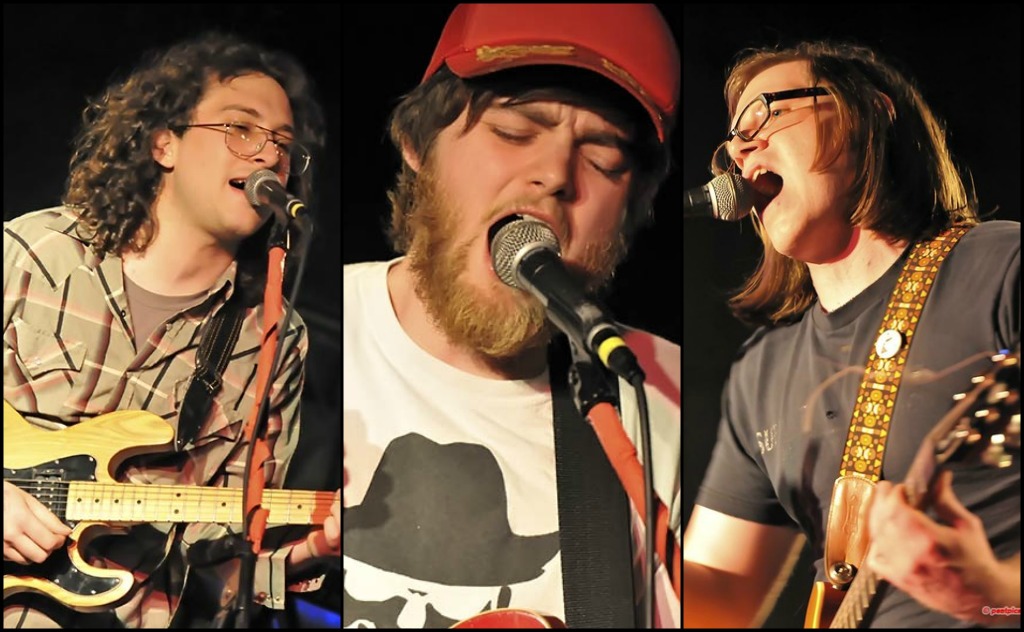 Facebook0Tweet0LinkedIn0Pin0
There is really nothing quite like celebrating a birthday, and on Saturday night we here at I Heart Local Music decided to throw a party in style. The Bottleneck played host to our shindig; and a number of bands including The Sluts, The Magentlemen, Hidden Pictures, and newcomers Doubleplus graced the stage.


Doubleplus was loud and sassy from the get go. This was their debut show (aside from a house show they had played a couple of weeks ago), and the three-piece left quite an impression on the crowd with their tight rhythms and screamy vocals. They even got the entire place boogying with a very speedy Johnny Cash cover.

Doubleplus are new on the scene, but they brought a large and excitable crowd with them. I wouldn’t be surprised if someone tries to start a circle pit at their next show.


Hidden Pictures are just one of the most delightful pop bands you could hope to see. Some members of the band have been in the scene for such a long time and have a recognizable sound we’ve come to love. Fans love coming to the show to see the band rock the glockenspiel (don’t worry, they delivered). No matter the nature of their lyrics, the songs just make you feel good inside.


The Magentlemen completely rocked it Saturday night. Braden Young played wicked guitar licks while flinging his Donna Summer hair all over the place.

Maybe it’s because they’re on a bigger stage, but I don’t seem to remember ever seeing The Magnetlemen move so much. They generally are pretty good at rocking out and keeping the energy up, but on Saturday night they had the audience moving with their energetic rock tunes. It was definitely a treat to see the band having so much fun onstage.


After just a few months on the scene, The Sluts have built quite a name for themselves here in Lawrence. It’s incredible to think of the raw and wicked noises that come out of a two-piece hard rock band. Now, the band has become even more comfortable in their skin, sometimes sporting a playful camaraderie onstage (hanging on the last note of the song for an extra long time, thrusting cups at each other between songs). But no matter what their behavior is onstage, they still melted our faces off without their solid rock noise.

They got the audience pretty squirrely, too. At one point, some “excitable” women rushed the stage for some drunken debauchery. But at the end of the night, we spotted random people turning to each other and saying “Wow!” The Sluts did what they do best and continued to gather an army of new fans.

Thanks for helping us have a great year, everyone. Here’s to many more!

Try Them Out Sometime: Broncho to bring rowdy ruckus to Middle of the Map Fest