Anamanaguchi returns to light up the Jackpot

Anamanaguchi returns to light up the Jackpot 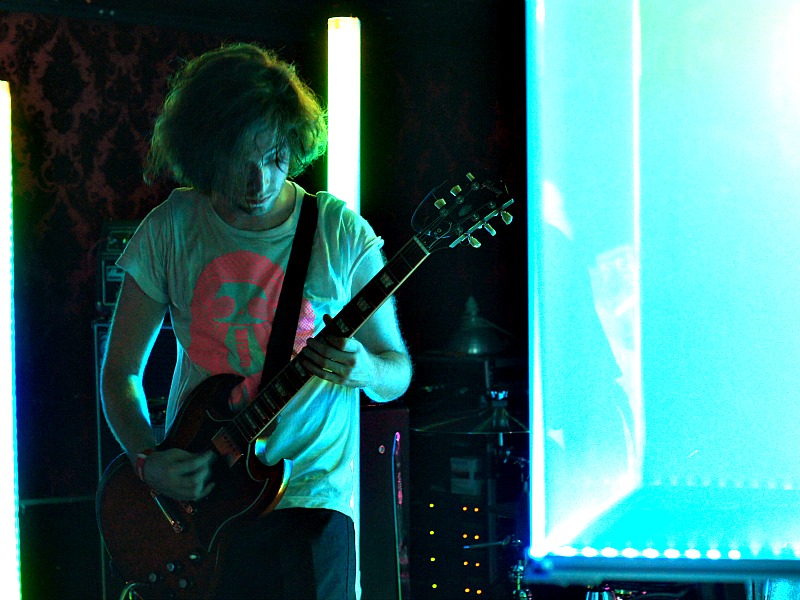 The Jackpot was electrified on Thursday night after performances from energetic and colorful bands lit up the stage. 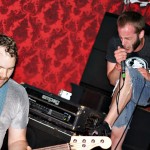 But the first band, local punk rock lovelies Stiff Middle Fingers, didn’t actually play onstage. They took to the floor and roughed up the crowd good and proper, leading the audience in excitable sing-alongs. The singer is a favorite here in Lawrence, and he scaled all that he could, climbing on top of any area where he could get could footing in, while getting up in everyone’s space.

Chrome Sparks, from Brooklyn, doused the venue in gentle electronic music layered over strong beats and a live drummer. The three-piece was reminiscent of the Album Leaf and Boards of Canada (perhaps even a little Lymbyc Systym). 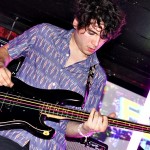 Anamanaguchi returned for their second Jackpot show within a year. The first one took place on Halloween, where the chiptune band performed in Spice Girls costumes. Now, out of drag, the band kicked the show into high gear with the video game-esque ballads we’ve come to know and love from them (prior to their set, they were enthralled with the many arcade games at the back of the venue).

So many people were packed into the Jackpot, it sounded like a massive Granada crowd. Every song from the dayglow-clad musicians was met with high-pitched squeals and cheers from the young audience, and even frontman Peter Berkman’s hilariously awkward improvisation during brief technical difficulties had the audience in stitches. The 8-bit bad boys are obviously well-loved in Lawrence, and we anticipate another appearance from them soon.