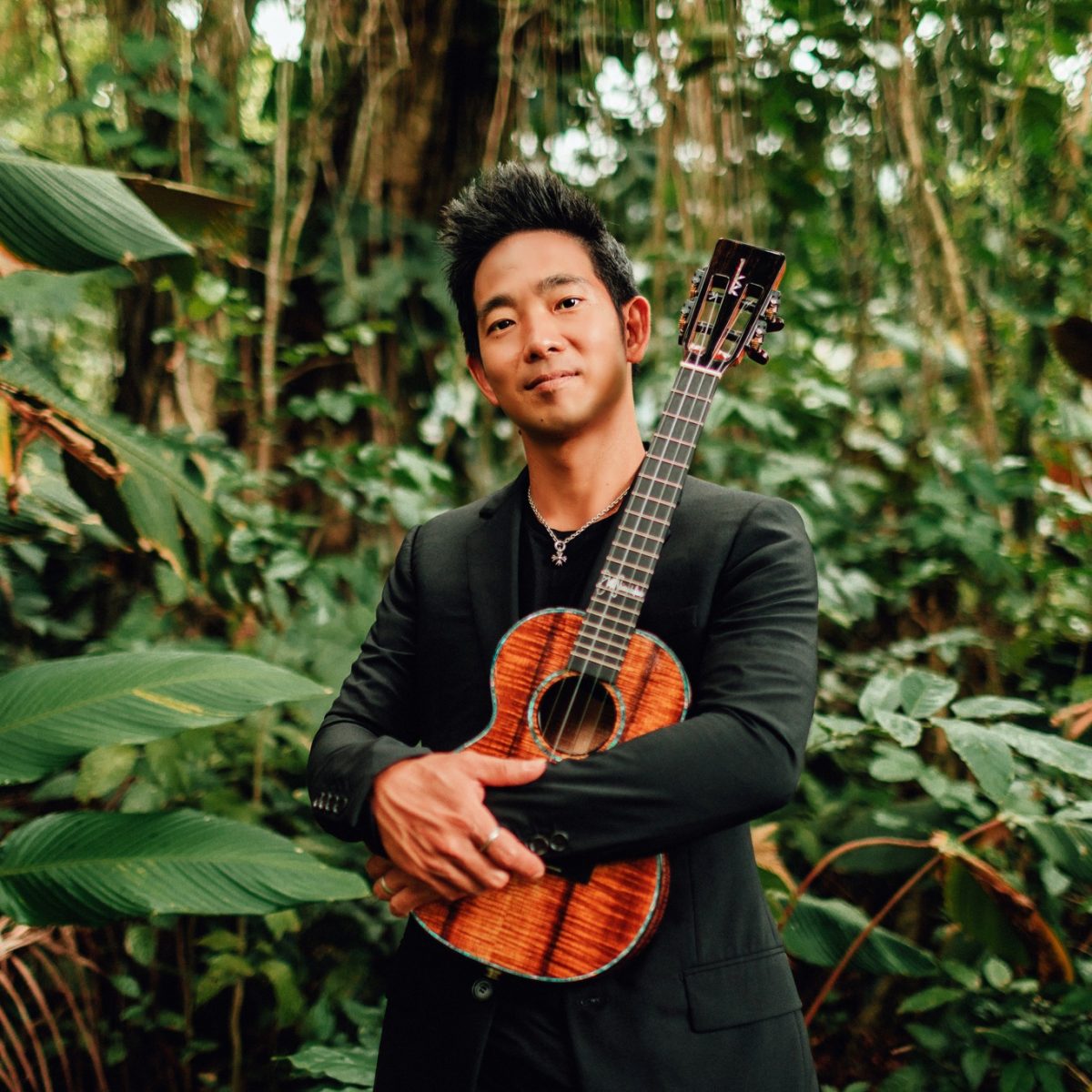 Over the past two decades, acclaimed Hawaii-born ukulele player Jake Shimabukuro has proved that there isn’t a style of music that he can’t play. While versatility for any musician is impressive, what’s remarkable about Jake’s transcendent skills is how he explores his seemingly limitless vocabulary—whether it’s jazz, rock, blues, bluegrass, folk or even classical—on perhaps the unlikeliest of instruments, the ukulele. Responding to the urgent calls of his fervent imagination, Jake has taken the ukulele to points previously thought impossible, and in the process, he’s reinvented the applications for this tiny, heretofore underappreciated four-string instrument, causing many to call him “the Jimi Hendrix of the ukulele.”

Jake’s incredible journey has taken him from local phenom to YouTube sensation, and from playing tiny clubs to headlining the world’s most prestigious concert venues, like the Hollywood Bowl, Lincoln Center and the Sydney Opera House. He’s performed on the biggest TV shows and has released a string of award-winning, chart-topping albums. Just recently, he was nominated by President Joe Biden to serve as a member of the National Council on the Arts.

It’s fair to say that Jake has picked up more than a few admirers—millions of them, actually—but it wasn’t until he began his latest album that he discovered how many of his fans were, in fact, his very own musical heroes. Two years in the making, Jake & Friends, started out with a modest idea of featuring perhaps two or three guest stars, but the concept quickly grew. His most creatively ambitious project to date, the album features collaborations with a who’s who of music royalty, from Willie Nelson and Bette Midler to Jimmy Buffett and Kenny Loggins.