Billy Ebeling and the Late For Dinner Band live at Lucia

Billy Ebeling and the Late For Dinner Band live at Lucia 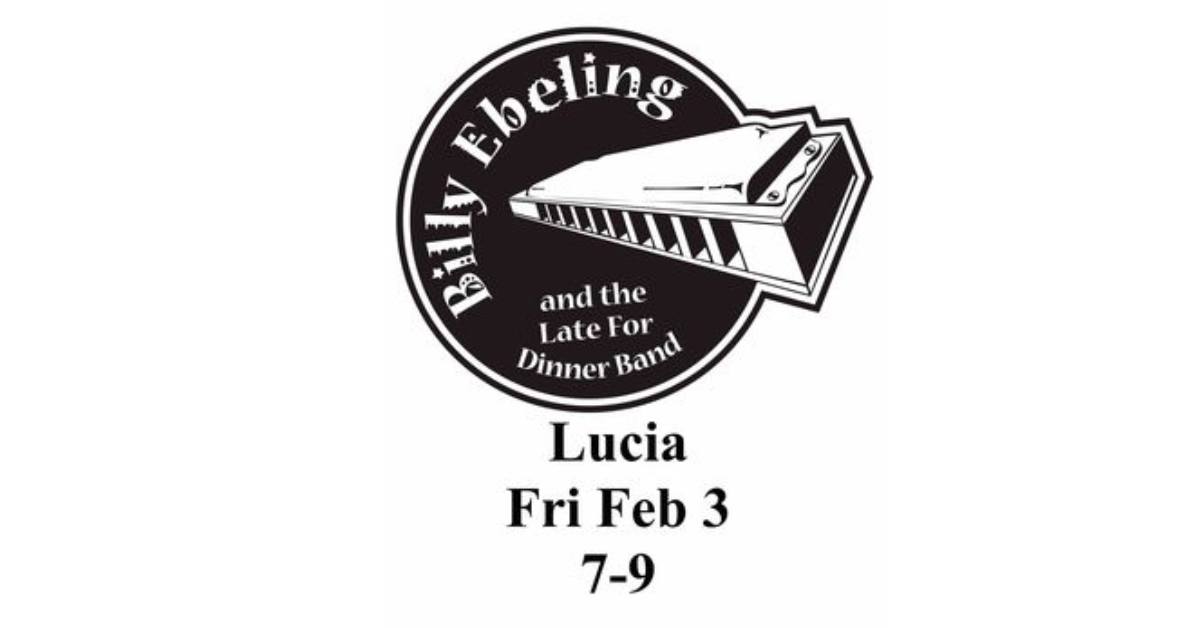 Billy Ebeling and the Late For Dinner Band will play the Lucia stage on Friday, February 3rd!

A full-time professional musician since the early 80’s, Billy has traveled the globe spreading his unique style of music to the masses. Originally from Lawrence, Kansas USA he has toured Europe, Hong Kong, Canada, Mexico, Central America and Fiji. Billy spent twelve years playing in New Zealand and Australia with his own band and with The Ebeling Brothers. A prolific songwriter and multi-instrumentalist Billy’s recorded sixteen albums to date.

Billy is now based in the United States playing in the Kansas City area either as a soloist or with The Late For Dinner Band.